At least 30 civilians killed in airstrikes on Daesh stronghold in Syria, monitor says 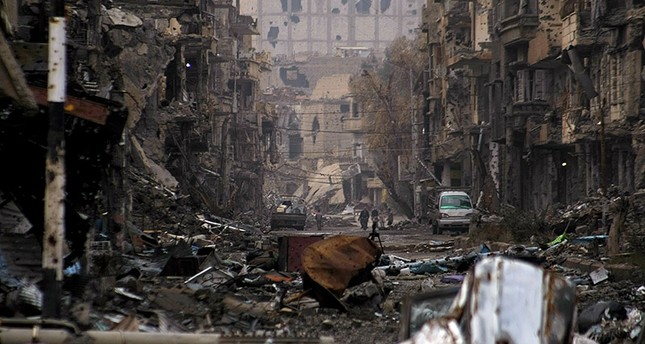 Strikes by unidentified jets Wednesday on a Daesh-controled area in eastern Syria have killed at least 30 civilians, the second such attack in the past 48 hours, a monitoring group said.

The Syrian Observatory for Human Rights added that the strikes targeted the Dablan area on the outskirts of the province of Deir al-Zour in eastern Syria.

Rami Abdel-Rahman, the Observatory head, said the death toll was likely to increase as the bombardment also left an unspecified number of people seriously injured.

The identity of the jets that carried out the air strike was not known, the Observatory, a Britain-based war monitor, said.

Both a U.S.-led coalition against Daesh, and the Assad regime backed by Russia, have targeted the terrorist group in cities and towns along the Euphrates valley.

On Monday a coalition airstrike in al-Mayadeen hit a building used by Daesh as a prison, killing 57 people, the Observatory said on Tuesday.

On May 26, more than 100 people were killed in an alliance air bombing of buildings in al-Mayadeen housing families of Daesh terrorists fleeing from the north-eastern city of Raqqa, the terror group's stronghold in Syria, the watchdog reported.

The intense air raids on Deir al-Zour, which is mainly controlled by Daesh, comes as U.S.-backed fighters are pressing ahead with a campaign to capture Raqqa, which has been under the goup's rule since 2014.