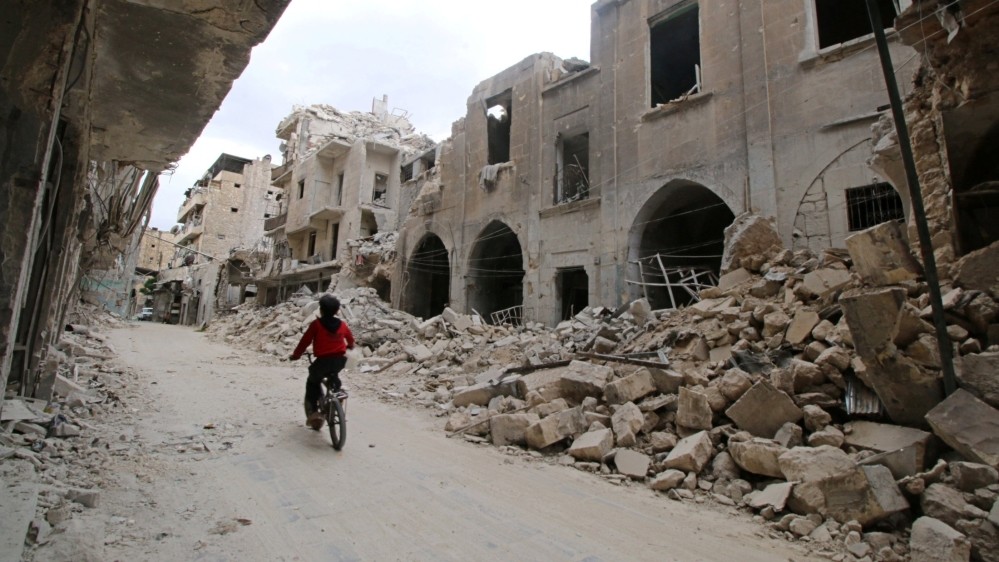 Syria's six-year conflict has ravaged its infrastructure and caused losses to its economy of $226 billion, according to estimates published by the World Bank on Monday.

The devastating war has killed over 320,000 people and displaced more than half the country's population since it began in March 2011.

The World Bank said the destruction ran much deeper than death tolls or infrastructure damage alone could capture.

"The war in Syria is tearing apart the social and economic fabric of the country," World Bank Vice President for the Middle East and North Africa Hafez Ghanem said in a statement.

"The number of casualties is devastating, but the war is also destroying the institutions and systems that societies need to function, and repairing them will be a greater challenge than rebuilding infrastructure -- a challenge that will only grow as the war continues," he said.

The World Bank report found that cumulative Gross Domestic Product losses since Syria's conflict erupted "have been estimated at $226 billion, about four times the Syrian GDP in 2010."

The body estimated that the conflict had damaged or destroyed 27 percent of Syria's housing stock and about half the country's medical and educational facilities.

Those calculations were based on cross-checked satellite imagery of certain cities and areas and extrapolated based on a conflict intensity model.

The World Bank found an average of 538,000 jobs had been lost annually between 2010 and 2015. It said more than three in four Syrians of working age -- or about nine million people -- were neither employed nor enrolled in any form of school or training.

"The long-term consequences of this inactivity will be a collective loss of human capital leading to a shortage of skills in Syria," it said.

The damage to the health sector has also had devastating effects, with the World Bank saying more people were estimated to have died from deficiencies in the medical system than directly from fighting in the war.

"The breakdown of the systems that organise both the economy and society, along with the trust that binds people together, has had a greater economic impact than the destruction of physical infrastructure," the World Bank said.

The report estimated that if the conflict were to end this year, GDP could regain 41 percent of its pre-conflict level within four years.

That figure shrinks however for each year the conflict continues, the institution found.