US does not disclose its ‘illegitimate’ bases in Syria, Russia’s Lavrov says 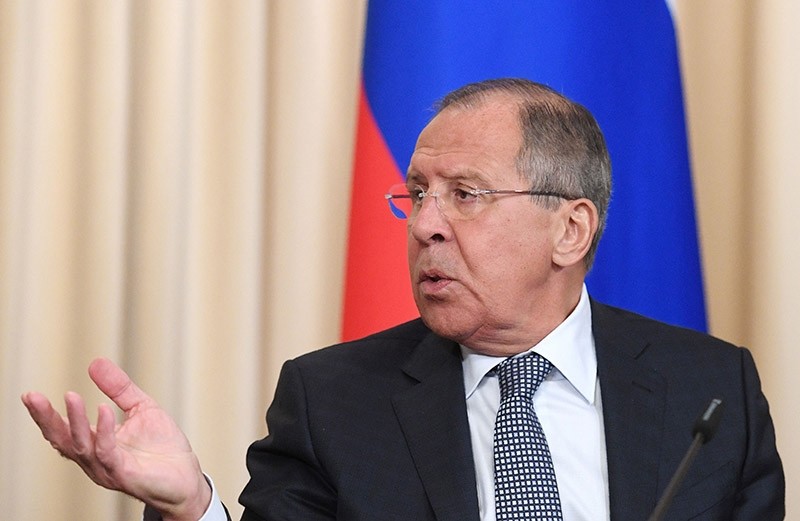 Russia does not oppose U.S. military bases in Syria, but they should be established there legitimately, Russian Foreign Minister Sergey Lavrov said in an interview published Friday.

Responding to CIA director Mike Pompeo's criticism of Russian military presence in Syria, Lavrov accused him of having "double standards."

Pompeo slammed Russia's aggressive behavior, saying that the country has interfered in Syria and took Crimea from Ukraine, because Russians "love to stick it to America."

"I heard and read that the U.S. has ten bases on Syrian territory, not to mention hundreds and hundreds of United States military bases all over the world and all around Russia," Lavrov told NBC News.

Russian foreign minister pointed out that, unlike the U.S., Russia was "invited to Syria" by the Assad regime, saying that explained why Russia was not hiding its bases in the country.

"The United States still does not advertise its bases very much, and the fact that these bases do not have a legal basis is also obvious to all," Lavrov said, adding that Russian bases were established there and function on the basis of intergovernmental agreements, and that "their task is to assist in the fight against terrorists, of whom there are still many."

According to Lavrov, when leaders reveal their intentions, it is possible to yield good results, citing the ceasefire agreement in southern Syria is an example.

The top Russian diplomat also unveiled details regarding the creation of a de-escalation zone in southern Syria, "the process of creating a [de-escalation] zone continues, the main parameters have already been discussed."

"Details on how [the de-escalation zone] would specifically function to monitor compliance with the cessation of hostilities between [Assad regime] forces and the opposition in order to ensure unhindered humanitarian access are now being decided upon," Lavrov said.

An open-ended cease-fire in southern Syria brokered by the U.S. and Russia came into effect in mid-July. The cease-fire, announced after a meeting between U.S. President Donald Trump and Russian President Vladimir Putin at the G20 summit in Hamburg, was the first initiative by the Trump administration in collaboration with Russia to bring some stability to war-torn Syria.