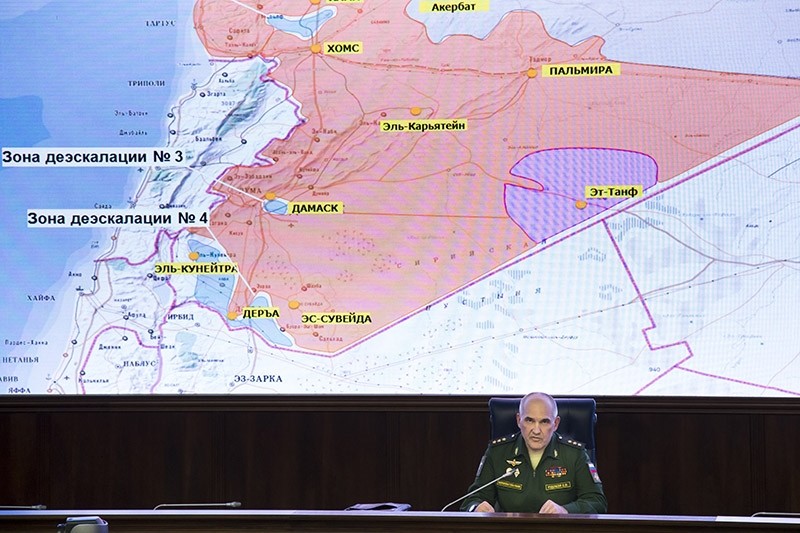 According to Rudskoy, Russian forces had set up two checkpoints and ten observation posts around a zone in the south-west and in another one covering Eastern Ghouta, near Damascus.

The Russian general said that "the nearest post was located 13 kilometers (8 miles) from the separation line between Israeli and Syrian troops in the Golan Heights area, as previously agreed and fixed by international agreements."

Rudskoy revealed that since early June, ceasefire agreements have been signed with representatives of 508 cities and towns.

"Thus, the total number of reconciled settlements reached 2043. The number of armed opposition groups that joined the ceasefire regime increased to 228," he added.

Rudskoy also said that during the fifth round of negotiations in Astana held in July, the borders of de-escalation zones were agreed upon to the north of the city of Homs and in the area of East Ghouta. One more zone could be established in Idlib province, after which the work in the Astana format will resume, the Russian official said.

The guarantor countries, including Turkey, Russia and Iran, are expected to hold the next round of negotiations in the beginning of August.