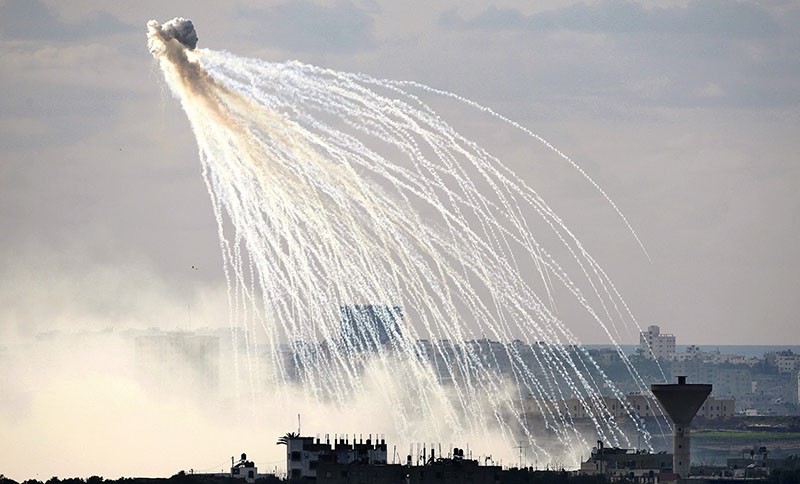 Raqqa Is Being Slaughtered Silently (RBSS), an activist group that has reported humanitarian crises and human rights abuses perpetrated by the Assad regime and Daesh terror group for years, has claimed that both the U.S.-led coalition and Russian warplanes have employed white phosphorus bombs in Raqqa.

"The international coalition warplanes targeted the national hospital and Raqqa city center with white phosphorus one hour ago," the group said in a tweet sent Wednesday.

"After the international coalition, the Russian warplanes used white phosphorus in Madan in the Eastern countryside of Raqqa," the group added.

After the group's statement, the Assad regime-affiliated Syrian Arab News Agency said in a piece published on Saturday that the U.S.-led coalition used phosphorus bombs in Raqqa.

The coalition targeted the National Hospital in Raqqa with more than 20 shells, the agency quoted Deputy Director of the Syrian Arab Red Crescent's Raqqa Branch, Dina al-Asa'ad as saying.