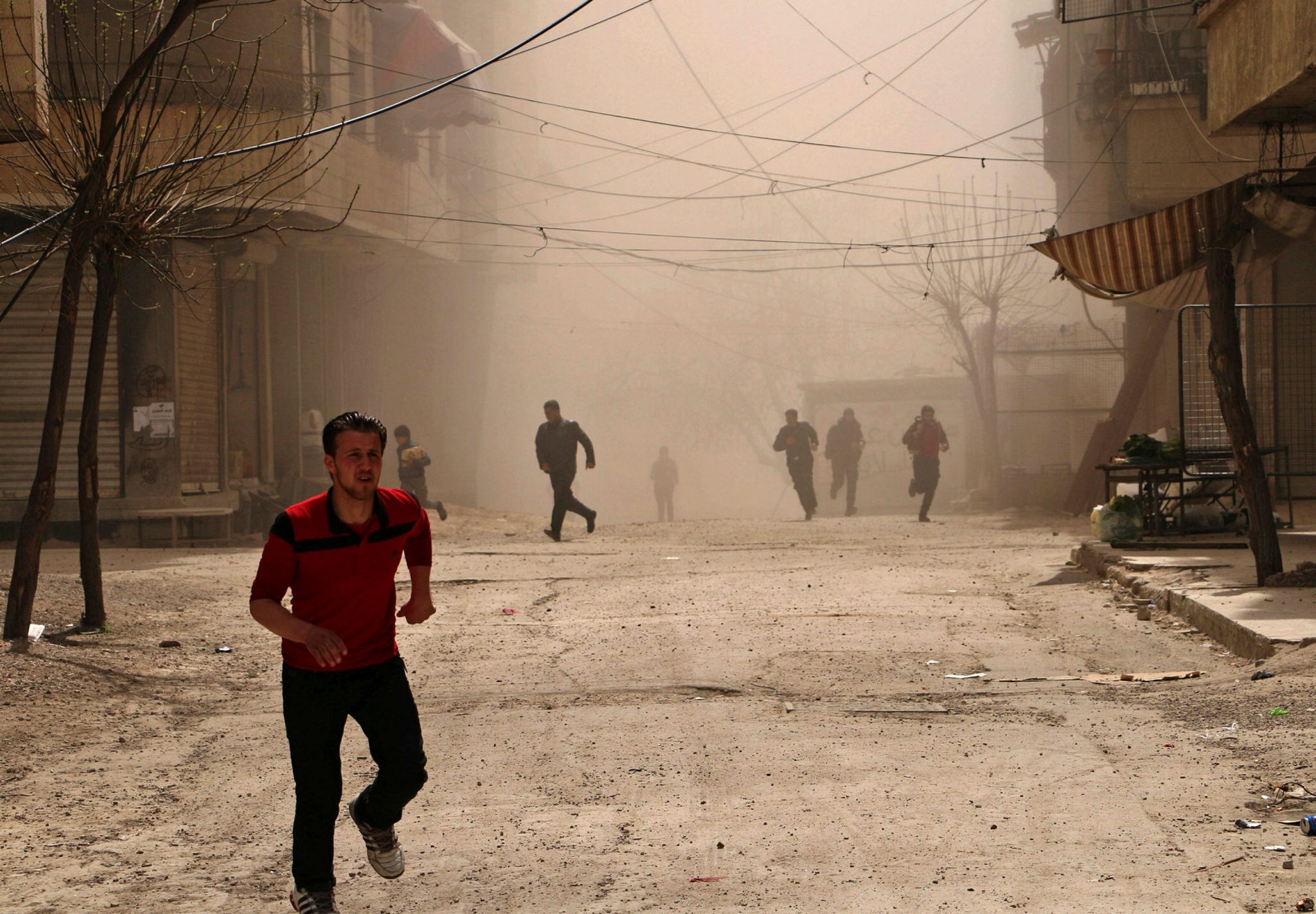 Syrians run for cover as smoke billows following an airstrike on Ain Tarma, in the eastern Ghouta area (AFP Photo)
by Anadolu Agency Aug 06, 2017 12:00 am

At least two civilians were killed in Assad regime attacks in the eastern Ghouta neighborhood of capital Damascus, an opposition official said on Sunday.

Eastern Ghouta is one of de-escalation zones announced by Turkey, Russia, and Iran in Kazakh capital of Astana in May.

Eight others -- several in critical condition -- were also injured in the attacks, while several houses were destroyed, Atham said.

On Saturday, regime forces also killed two civilians including one child and injured 20 others.

Since the civil war in Syria erupted in March 2011, more than 250,000 people have been killed, according to the UN. The Syrian Center for Policy Research puts the death toll at more than 470,000.