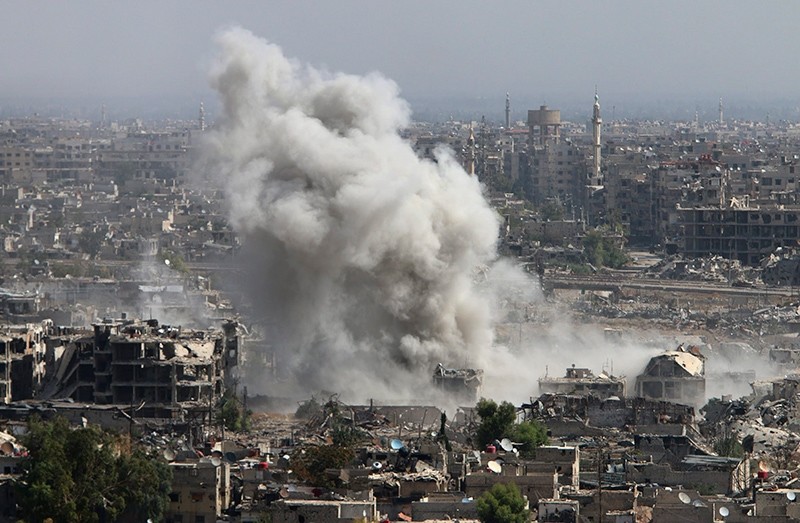 Assad regime bombardment killed three civilians on Thursday in a ceasefire zone near Syria's capital, a monitor said, in the second day of deadly shelling on the rebel area.

The Syrian Observatory for Human Rights and local residents also reported violations in a second "de-escalation zone" in the central province of Homs.

The areas -- in addition to a third ceasefire zone in the south -- were announced in recent weeks by Assad regime ally Russia.

But on Thursday, regime bombardment on the zone near Damascus killed three civilians and wounded seven more.

"The shelling hit the town of Hammuriyeh early on Thursday, killing a woman, a man, and a child," said Observatory head Rami Abdel Rahman.

The attack came a day after regime shelling killed five civilians and wounded 10 more in the nearby town of Kfar Batna, the British-based Observatory said.

Air strikes have also pummelled rebel-held parts of the Jobar district of Damascus and the adjacent district of Ain Tarma.

Further south, one man was killed in Syrian regime air strikes in the northern parts of Homs province, according to the Observatory and a resident.

The raids were the first since the ceasefire in Homs was announced one week ago.

"We have our first casualty, killed in an air strike in Tal Dahab," he said.

Abdel Rahman confirmed that a man was killed in a raid but could not specify whether he was a rebel fighter or civilian.

Under a plan hammered out in May between Russia, Turkey and Iran at peace talks in Kazakhstan, four "de-escalation zones" were to be established across swathes of Syria.

Last month, Moscow announced the establishment of the first two zones in southern Syria and in the rebel stronghold of Eastern Ghouta near Damascus.

The zone in Homs province was announced on August 3.

The fourth zone, in northwestern Idlib province, has yet to be implemented.