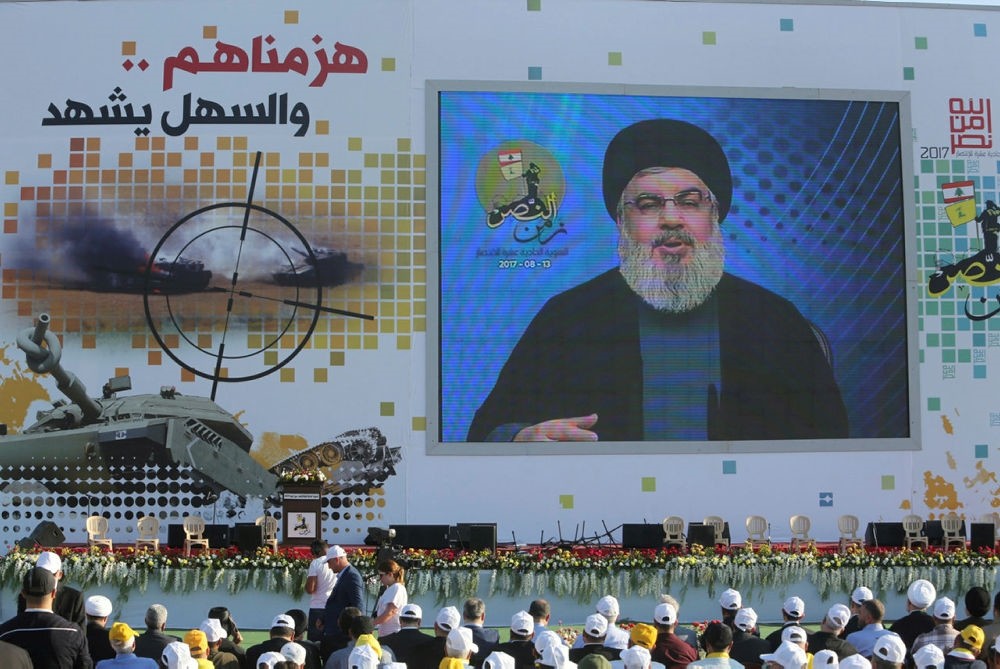 Nasrallah speaks during a rally marking the 11th anniversary of the end of Hezbollah's 2006 war with Israel, in the southern village of Khiam, Lebanon August 13, 2017. (REUTERS Photo)
by Compiled from Wire Services Aug 13, 2017 12:00 am

The head of the Lebanese militant group Hezbollah said on Sunday it is time for political leaders to accept the survival of Syrian regime leader Bashar Assad's rule.

Hassan Nasrallah, addressing a rally on Sunday, advised the Lebanese government to normalize ties with its war-torn neighbor.

Lebanon's political parties are split over whether to restore relations with Assad. Hezbollah has invested heavily in Assad's survival. More than a thousand of its fighters have died fighting alongside government forces in Syria. Syria occupied Lebanon from 1991-2005.

"The world today has taken for granted that the administration will stay on," said Nasrallah on Syria.

Nasrallah also said the administration of U.S. President Donald Trump had no way to harm the Iran-backed group, dismissing U.S. sanctions and threats.

Trump last month called Hezbollah "a menace" to the Lebanese people and to the entire region.

U.S. lawmakers last month introduced legislation seeking to increase sanctions on Hezbollah by further restricting its ability to raise money and recruit and by increasing pressure on banks that do business with it.