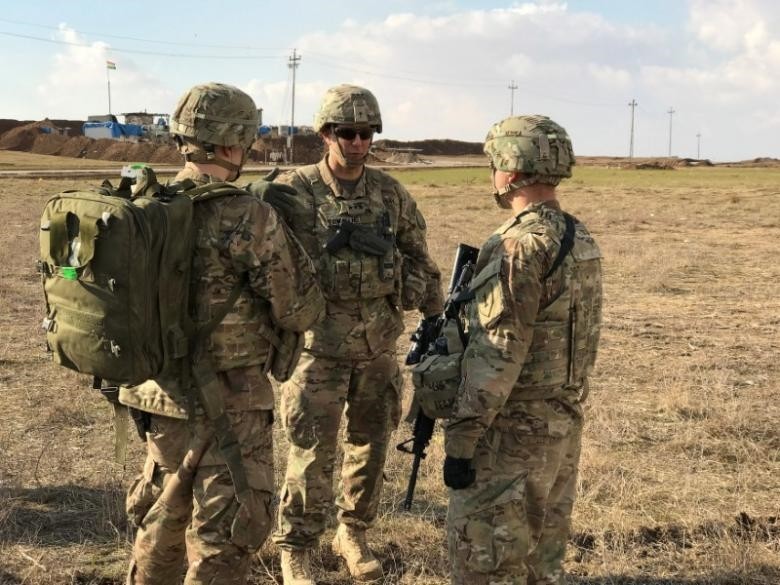 "Our forces did receive fire and returned fire and then moved to a secure location," he said in a phone call.

Dillon said that the coalition requested Turkey to tell the opposition fighters it backs there that firing on U.S.-led forces "was not acceptable."

Abu al-Faruq, in a statement to AlDorar AlShamia network, said: "Militias of the PKK-linked People's Protection Units (YPG) launched an attack near the city of Manbij today. They targeted civilians and the Free Syrian Army (FSA) in the village of Al-Tukhar with 23-millimeter cannons and mortars."

He confirmed that though their forces were targeted fired at, they did not reply the sources of fire.

U.S. ground forces are in northern Syria as part of the U.S.-led coalition supporting the Syrian Democratic Forces (SDF), which is predominantly led by the YPG, the Syrian offshoot of the PKK.

Despite the PKK being recognized as a terror group by the U.S., the EU, and Turkey, Washington provides supplies to groups affiliated with it in Syria.

The issue has been a major strain on relations between Washington and Ankara. Even though U.S. officials previously pledged that their forces will withdraw from the region once Daesh presence was cleared off, recent reports have suggested to the contrary.

The Turkish-backed opposition fighters and the YPG terrorists have often exchanged small arms and artillery fire in northern Syria.

Dillon acknowledged that their overt patrols in the area have kept tension high and they have been fired at multiple times over the course of the last two weeks.

Meanwhile, Russia has sent new military police to Afrin and Tal Rifat to carryout patrols in northern areas held by the Syrian army and the YPG terrorists. The soldiers allegedly hold an "observer" status in the region.