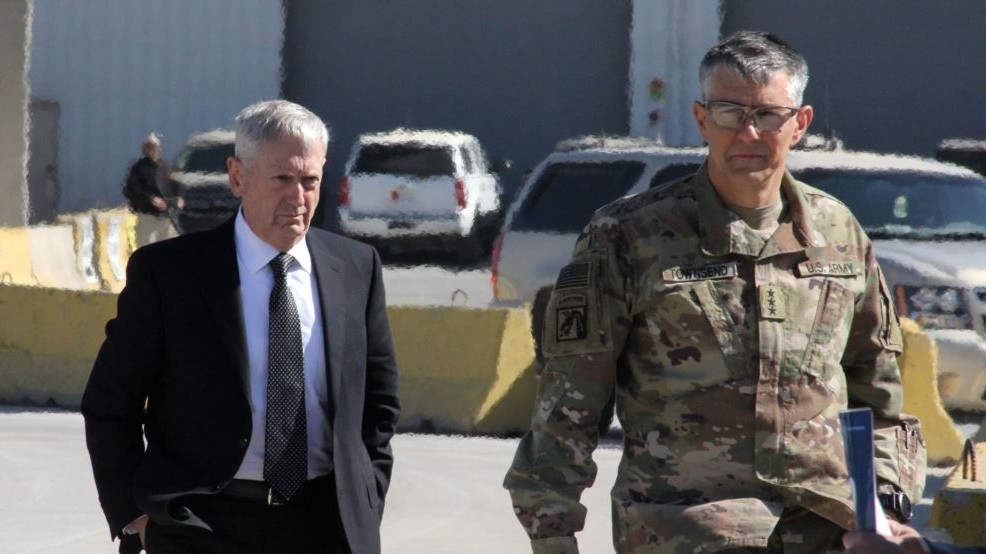 The U.S. will provide support to the Syrian Democratic Forces (SDF), which is predominantly led by the PKK's Syrian affiliate, the People's Protection Units (YPG), in the offensive against Daesh in Syria's Deir ez-Zor province, a senior U.S. general has announced.

Lieutenant General Stephen Townsend, the commander of the counter-Daesh coalition in Iraq and Syria, told reporters via a video teleconference from Baghdad that the final battle against the terror group will be given in the Middle Euphrates River Valley, which includes the oil-rich and geographically important Deir ez-Zor.

Based on their experiences from Manbij, Tabqa and Raqqa, the U.S. commander said they think the SDF would be a suitable force for the battle, even though they have no heavy weaponry such as tanks and planes.

Backed by the U.S., the PKK-linked SDF started battling inside the historic Old City of Raqqa, Daesh's de facto capital in Syria, in June, after months of fighting to encircle Raqqa with air strikes and special forces from the U.S.-led coalition. The group seized full control of the city on Friday.

Despite the PKK being recognized as a terror group by the U.S., the EU, and Turkey, Washington provides supplies to groups affiliated with it in Syria.

U.S. support of the SDF and partnership in the operation has become a matter of dispute with Turkey, which says one terrorist group cannot be eradicated by another.

Even though U.S. officials previously pledged that their forces will withdraw from the region once Daesh presence was cleared off, recent reports have suggested to the contrary.

The YPG/PKK's ultimate aim is to establish a self-declared autonomous canton from Syria's northwestern Afrin to the Kobani and Jazeera cantons in the northeast. Moderate opposition groups oppose this, arguing that it would threaten Syria's territorial integrity.

Meanwhile, the Assad regime, backed by Russia, Iran and Shiite militias, is engaged in its own campaign in eastern Syria aimed at relieving its besieged enclave in Deir ez-Zor.

The Syrian army is advancing along the south and west bank of the Euphrates toward where the city of Deir ez-Zor is located, while the SDF is mostly on the north and east bank, where Raqqa is located.