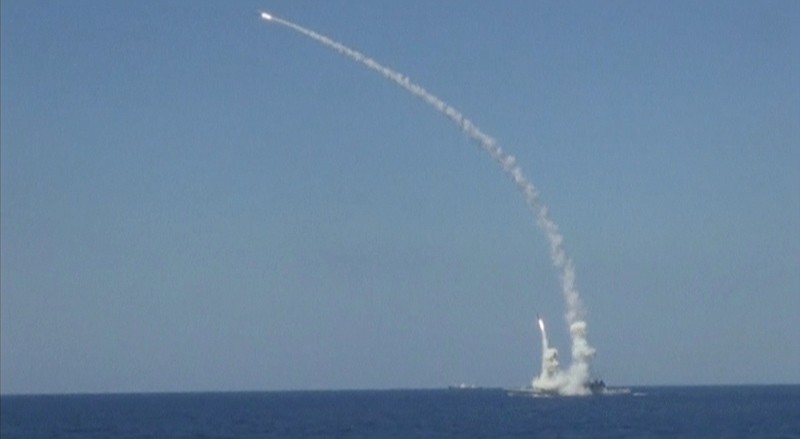 The strike, which was launched from the Mediterranean, destroyed command and communications posts, as well as ammunition depots, a facility to repair armored vehicles, and a large group of terrorists, the ministry said.

The strike comes after Assad regime forces and its allies on Monday came to within three kilometers of relieving the Euphrates city of Deir el-Zour in east Syria, where Daesh has besieged an army garrison and 93,000 civilians for years.

Regime troops were rapidly approaching the city on Monday, reaching a point three kilometers (2 miles) from their comrades in the city, state television reported. The advance comes amid speculation about a potential Deir el-Zour operation by U.S.-backed Syrian Democratic Forces (SDF) that could seek to secure parts of the province to the east of the city.

The Britain-based Syrian Observatory for Human Rights said that the advancing forces are less than 10 kilometers (6 miles) from a besieged, regime-held air base known as Brigade 137. If they reach the base, they will be able to lift the siege.

Deir el-Zour's provincial governor said on Sunday he expected the regime forces to reach the city by Tuesday night. A military media unit run by the regime's ally Hezbollah said the advancing forces were heading to the besieged garrison's camp on the city outskirts.