US, Russian proxies in race to drive out Daesh from Syria's Deir al-Zor 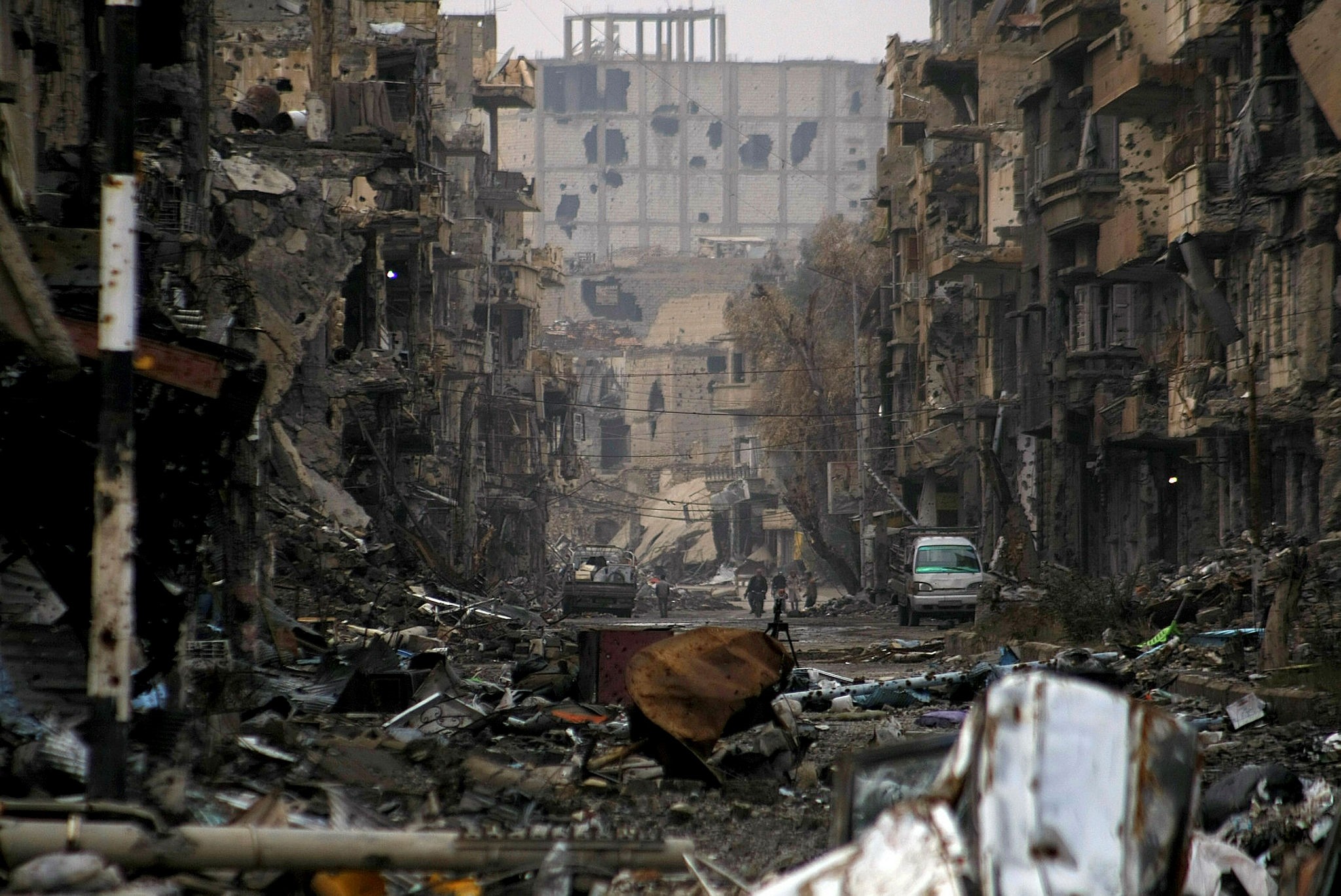 Syrians walk along a severely damaged road in the northeastern Syrian city of Deir al-Zor.
by Daily Sabah with AFP Sep 11, 2017 12:00 am

The U.S.-backed Syrian Democratic Forces (SDF), which is predominantly led by the PKK's Syrian affiliate, the People's Protection Units (YPG) has started an offensive against Daesh in Syria's Deir al-Zor province, advancing from the north while Syria's government, backed by Russia, Iran and Shiite militias, is engaged in its own campaign aimed at relieving its besieged enclave in Deir al-Zor, striking eastwards.

The oil-rich Deir al-Zor province borders Iraq and is a strategic prize for both the U.S.-backed SDF and Russian-supported Syrian regime troops.

The SDF launched Operation Jazira Storm on Saturday to clear Daesh from areas east of the Euphrates River, which cuts diagonally across Deir al-Zor province, slicing it in two.

The Syrian army announced its victory in the wake of the breakup of the Deir al-Zor enclave. The U.S.-based news agency AP reported that Washington was determined to block an "Iranian corridor," a Tehran-Damascus line under the control of the Shiite militias. The question over whether the U.S. or Russia will dominate the Iraqi-Syrian border after Daesh would affect the future of the region, the article said.

Backed by the U.S., the SDF started battling inside the historic Old City of Raqqa, Daesh's de facto capital in Syria, in June, after months of fighting to encircle Raqqa with airstrikes and special forces from the U.S.-led coalition. The SDF has seized around 65 percent of Raqqa city, which lies directly west of Deir al-Zor province. As Daesh comes under pressure in Raqqa, many of its forces have fallen back on the towns and cities further east along the Euphrates River in Deir ez-Zor province.

Deir al-Zor is southeast of Daesh's former base of operations in Raqqa city. Both cities lie in oil-rich areas on the Euphrates river. The terrorists have lost Iraq's second city, Mosul, and more than half of their de facto Syrian capital Raqqa. Deir al-Zor province is the last one in Syria still largely under terrorist control.

U.S. support of the SDF, led by the YPG, and partnership in the operation has become a matter of dispute with Turkey, which says one terrorist group cannot be eradicated by another. The YPG's attempts to change the regions' demographics captured from Daesh will lead to further regional turmoil, as well as oppression of Arab and Turkmen locals, Ankara claims.