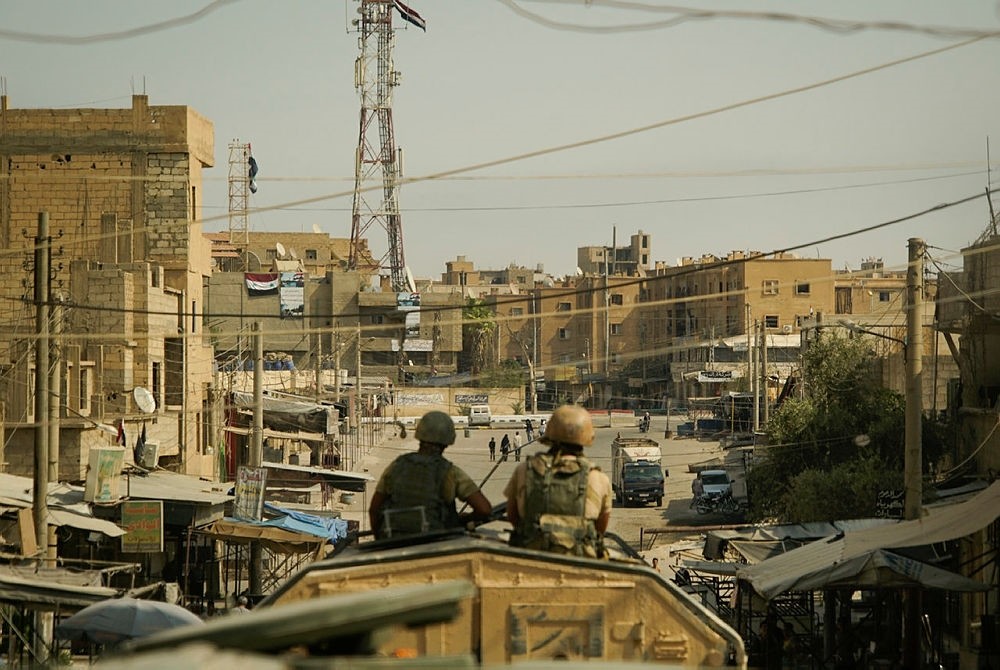 The Democratic Union Party (PYD) terrorist group is advancing rapidly into Syria's eastern Deir el-Zour province, home to some of the country's most productive oilfields.

There are 11 major oilfields in Deir el-Zour rom which the Daesh terrorist group withdrew earlier without any shots fired.

Backed by the U.S., the Syrian wing of the PKK, the PYD on Sept. 9 began advancing some 56 kilometers into Deir el-Zour without encountering any resistance from Daesh.

The PYD's main area of operations includes oilfields located in Deir el-Zour east of the Euphrates River near the border with Iraq.

Syria's main oilfields are located east of the Euphrates, the largest of which is the Al-Omar oilfield. 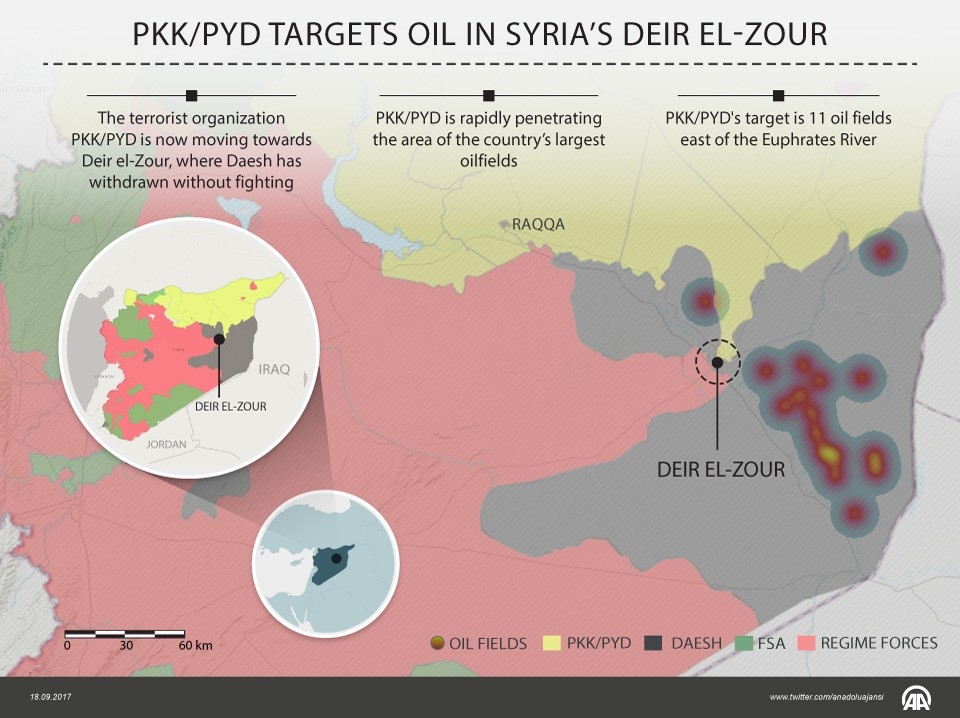 The Al-Omar, Tanak, Ward, Afra, Kewari, Jafra, Jarnuf, Azrak, Kahar, Sueytat and Galban fields are all located east of the river. These are estimated to account for roughly one third of Syria's total energy production.

Daesh, which held these oilfields for about three years, earned millions of dollars in revenue from their use.

The PYD, meanwhile, controls roughly 350 small-scale oil wells in Deir el-Zour. Leaders of the terrorist group say these wells produce about 35,000 barrels of oil each day.

The group sells most of this crude oil to the Syrian regime and uses the rest itself.

The PYD sells this oil for about $70 per barrel, which is considerably higher than current international prices. Its oil wells in the Hasakah province alone are said to generate roughly $70 million per month.

According to Anadolu Agency's calculations, the PYD, which now holds some 23 percent of Syrian territory, also managed to capture -- with U.S. support -- the country's three largest dams.

With the capture of these dams (Aleppo's Tishrin Dam and Raqqah's Tabqa and Baas dams), the terrorist group now controls an estimated 70 percent of Syria's total potential hydroelectricity production.