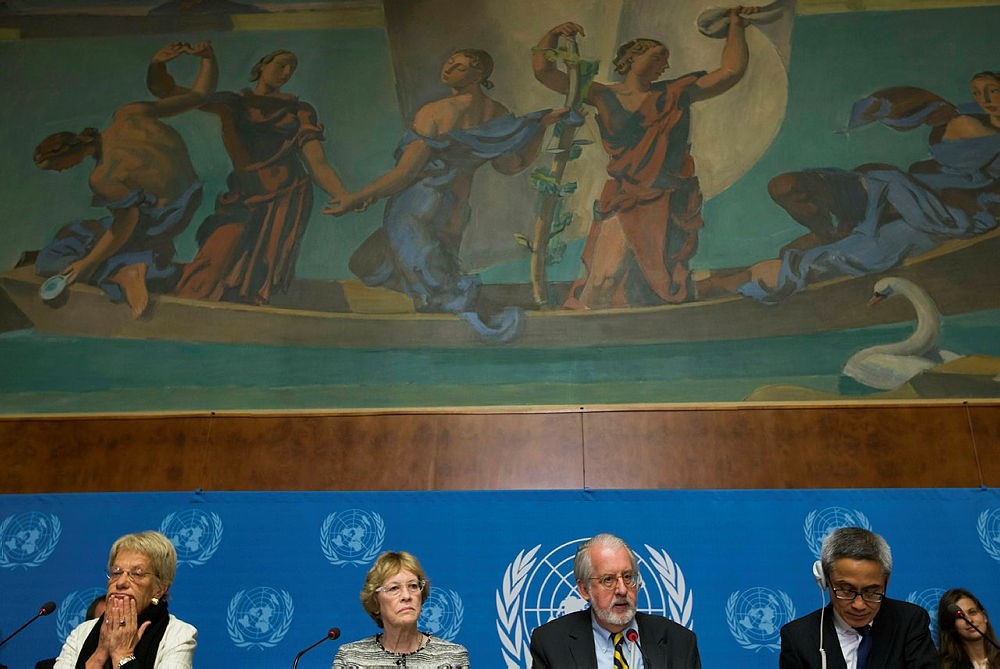 The former Swiss attorney general, who went on to prosecute war crimes in Rwanda and former Yugoslavia, said in August she was resigning from the U.N. Commission of Inquiry on Syria because of a lack of political backing.

Bidding farewell to the U.N. Human Rights Council, which set up the Commission of Inquiry six years ago, Del Ponte said she had quit out of frustration.

"We could not obtain from the international community and the Security Council a resolution putting in place a tribunal, an ad hoc tribunal for all the crimes that are committed in Syria," she said.

"Seven years of crime in Syria and total impunity. That is not acceptable."

Her departure leaves only two remaining commissioners of the inquiry, Karen Koning AbuZayd and the chairman, Paulo Pinheiro, who said that eventually, a great many people would have to answer "as to why they did not act sooner to stop the carnage".

"The deadlock at the Security Council on Syria is reprehensible and, at times, bewildering," he told the Human Rights Council.

Leaving the council, del Ponte told Assad's ambassador that she had been right to quickly reach the conclusion that Assad's regime had used chemical weapons during an attack on the town of Khan Sheikhoun in April.

"It was me, mister ambassador," she said.

"I said that in my opinion and based on the elements we already had, the Syrian government was responsible. Today we have the confirmation after an official commission's inquiry. So now, we ask for justice, we ask justice for those victims."