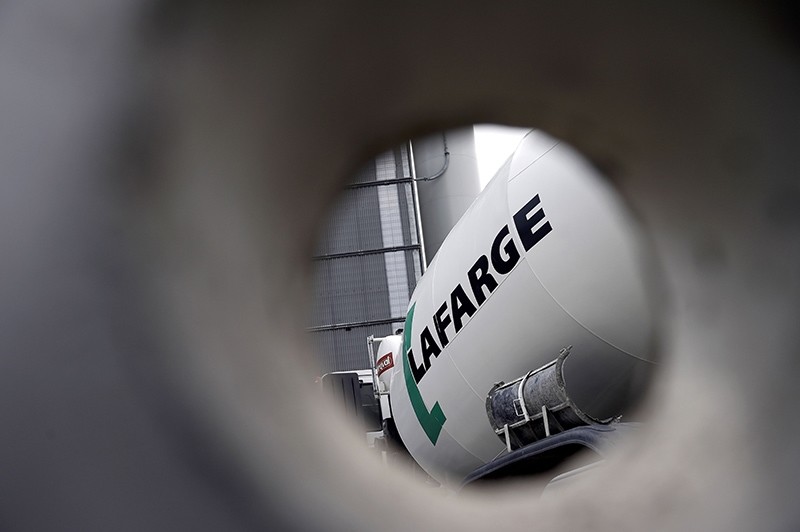 French cement giant Lafarge made payments to terrorist groups, including Daesh, to keep a plant running in war-torn Syria.

The allegations of payments, made last year, were confirmed Wednesday after three former Lafarge employees – a computer expert, an engineer and an employee who worked in the plant's packaging section – came from Syria to be interviewed by examining magistrates in Paris.

"They confirmed the overwhelming nature of the allegations that may be held against Lafarge," the trio's attorney, Marie Dose, told Agence France-Presse (AFP).

They are the first witnesses to be heard in a judicial inquiry launched in June that centers on alleged funding of a terrorist group and on endangering lives.

According to Paris Attorney General Office, the first contacts between Lafarge and terrorists in Syria had secretly taken place in 2012 in southeastern Turkey's Gaziantep province, located some 60 kilometers (37 miles) from the company's factory in northern Syrian city of Kobani.

The U.S. knew about the meetings while Qatar and Saudi Arabia supported them, the witnesses said.

Following the meetings in Gaziantep, Firas Tlass, the son of Assad regime's former defense minister, who was a minor partner of Lafarge's Syrian plant, was given $80,000-100,000 per month to transfer them to terrorist organizations in exchange for undisrupted access to the factory between September 2012 and May 2014.

Despite the payments nine factory employees were taken hostage in October 2012. Lafarge allegedly paid 200,000 euros ($240,000) in ransom. The hostage crisis did not stop production at the factory, nor was the business shut down. On the contrary, the French government, which defined the factory as "France's most important investment" in Syria, opposed its closure.

After Daesh seized the region, the factory started paying Daesh $20,000 a month as "tax," the plant's manager Bruno Pescheux said in his testimony.

In June 2014, Lafarge secretly negotiated return of the company's foreign personnel because of the war.

A month later, production stopped in Kobani as clashes broke out in the area and Daesh blocked access to the factory.

Lafarge resumed production in the factory Sept. 9, 2014, despite warnings from the PKK terror group's Syrian offshoot the Democratic Union Party (PYD) and its armed wing, the People's Protection Units (YPG) to leave the region and the U.N.'s decision to persecute all kinds of financial ties with terrorist groups in Syria. Daesh seized the plant 10 days later.

The probe focuses on claims that in 2013-14, the then French-based cement giant channeled payments to Daesh in order to continue operations at a plant at Jalabiya in war-torn Syria.

The probe also focuses on whether managers in France were aware of the alleged practice and of the risks this would have presented for its employees in Syria.

The case came to light in an investigation in Le Monde in June 2016, which reported on "troubling arrangements" between Lafarge Cement Syria and Daesh, which was then on the ascendant.

In March, Lafarge admitted that the group's Syrian subsidiary had indirectly paid protection money to "armed groups, including sanctioned parties, in order to maintain operations and ensure safe passage of employees and supplies to and from the plant."

The alleged dealings took place during 2013 when "the deterioration of the political situation in Syria posed very difficult challenges for the security and operations of the plant and its employees," it said.