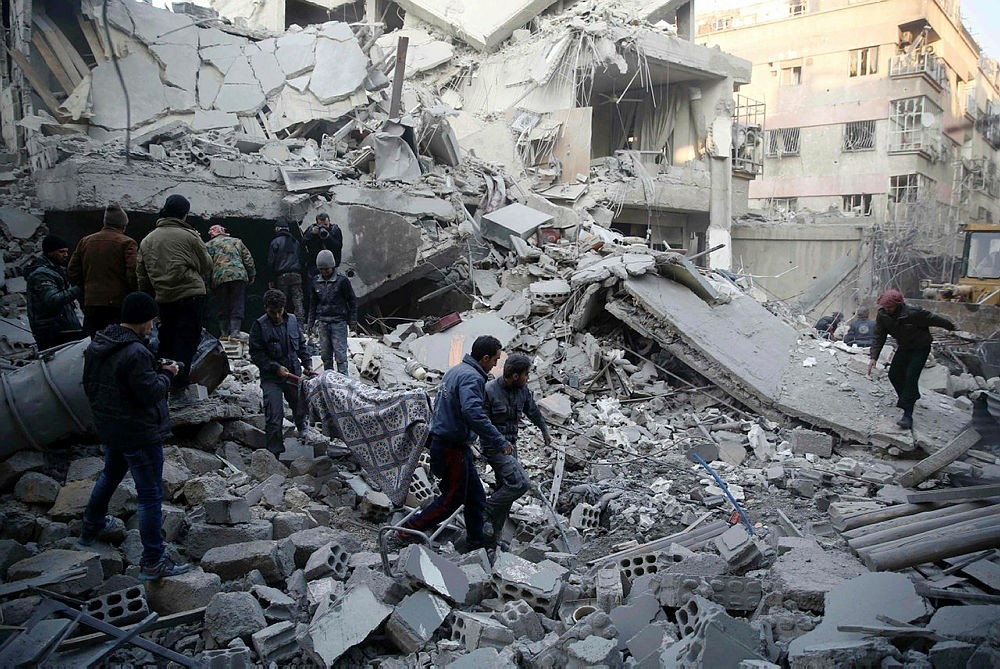 Civil defense workers evacuate victims from the rubble of a destroyed building following air strikes on the Eastern Ghouta town of Douma, on January 10, 2016. (AFP Photo)
by Anadolu Agency Sep 23, 2017 12:00 am

At least three civilians were killed and several injured in a missile attack Saturday in a Syrian city that falls within a network of "de-escalation zones" -- places said to forbid such attacks -- according to a pro-opposition Syrian civil defense official.

"The regime forces launched missile attacks on residential areas in the Ain Tarma district. Three civilians were killed and 15 others were injured," Alaa said.

For the last five years, Eastern Ghouta has remained under siege by the Assad regime.

During peace talks held in Astana, Kazakhstan in early May, Eastern Ghouta was designated part of a network of de-escalation zones in which acts of aggression would be expressly forbidden.

A first round of peace talks was held in the Kazakh capital Jan. 23-24 after a ceasefire was hammered out Dec. 30.