At least 17 killed in triple bombing in Syria's Damascus 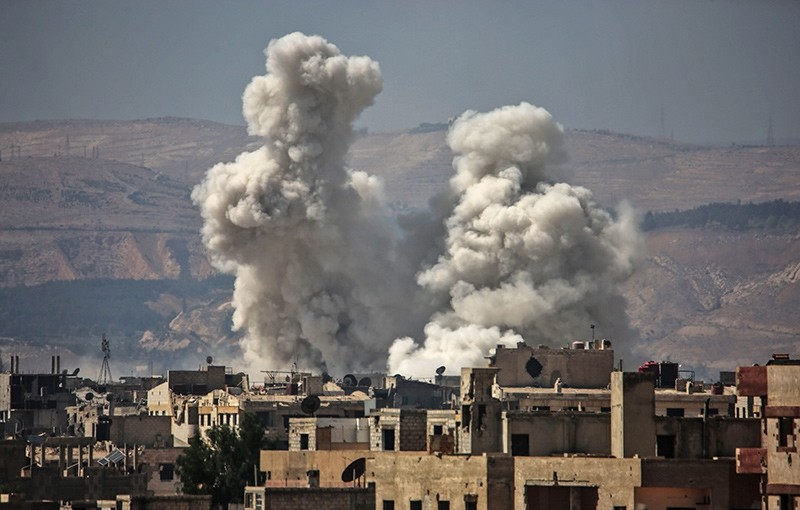 Smoke billows following bombardment on September 29, 2017, in an opposition-held town, on the outskirts of the capital Damascus (AFP Photo)
by Compiled from Wire Services Oct 02, 2017 12:00 am

At least 17 people were killed in a triple bombing in central Damascus, the Syrian Observatory for Human Rights said Monday.

A car bomb went off near a police station in the Syrian capital's al-Midan neighborhood, shortly before two suicide bombers detonated their explosive belts, the group added.

Lt. Gen. Mohammad al-Shaar, Syria's interior minister, told reporters that two "terrorists" attacked the police station in the al-Midan neighborhood of Damascus with a number of bombs on Monday, before one of them blew himself up. He said the other bomber made it inside the compound, where police killed him, causing his bomb to explode.

The blasts damaged the lower floors of the building, and shattered the windows along one side. Blood stained the floors.

The interior ministry also reported the attack, saying two suicide bombers had blown themselves up, killing civilians and police officers, but giving no precise toll.