Daesh attacks in Syria come from near US forces' location, Russia says 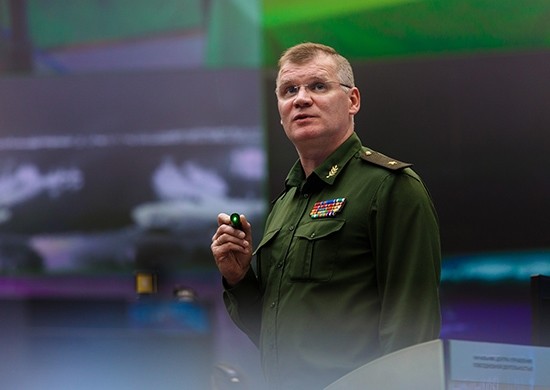 The Russian defense ministry on Wednesday suggested the United States was supporting Daesh terrorists, enabling them to mount counter-offensive attacks in eastern Syria.

"The main thing preventing the final defeat of ISIL in Syria is not the terrorists' military capability but support and pandering to them by American colleagues," military spokesman Igor Konashenkov said in a statement, using an alternative term for Daesh.

He said recent attacks on Syrian regime forces were all made "from a 50-kilometer zone around At-Tanf on the Syrian-Jordan border" where the U.S.-led coalition is operating a garrison.

Over the past month Moscow has repeatedly accused the U.S. of hindering the offensive in the east of the country against IDaesh mounted by the Assad regime forces with the support of Russian airstrikes and special forces on the ground.

The military said the regime forces "neutralized mobile Daesh groups on the road from Palmyra to Deir el-Zour" and freed the captured villages.

"If the U,S. side views such operations as unforeseen 'accidents', Russian aviation in Syria is ready to begin complete eradication of all such 'accidents' in the zone they control," Konashenkov said.

Russia has been flying a bombing campaign in Syria since 2015, when it stepped in to support the Assad regime and tipped the conflict in his favor.