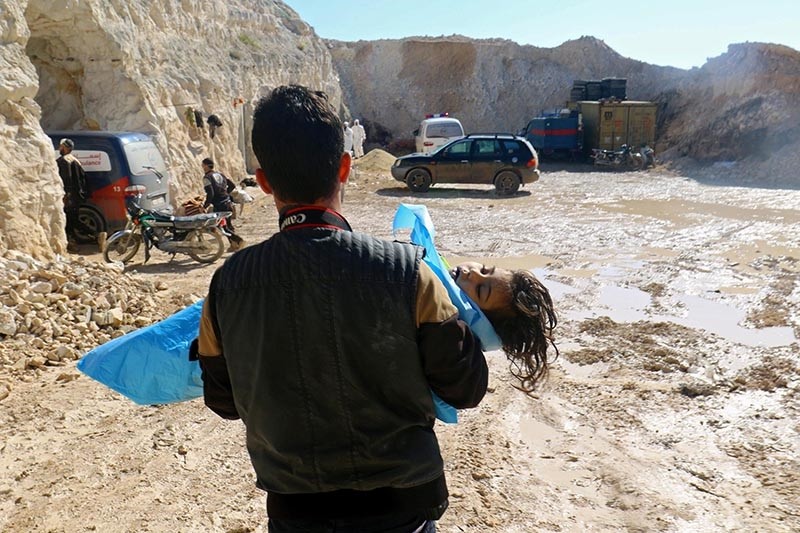 A man carries the body of a dead child, after what rescue workers described as a suspected gas attack in the town of Khan Sheikhoun in opposition-held Idlib (Reuters File Photo)
by Compiled from Wire Services Oct 04, 2017 12:00 am

Samples examined by the global chemical weapons watchdog have tested positive for the banned nerve agent sarin in an attack in an opposition-held Syrian town in March, sources told Reuters Wednesday.

The March 30 airstrike in Latamneh, in the northern Syrian Hama area, injured around 70 people who suffered nausea, foaming of the mouth and muscle spasms. It took place five days before the deadly attack on Khan Sheikhoun.

"Analysis of samples collected (by the OPCW) ... relates to an incident that took place again in the northern part of Syria on the 30th of March this year," the Organization for the Prohibition of Chemical Weapons' director told AFP in an exclusive interview.

"The results prove the existence of sarin," Ahmet Üzümcü said.