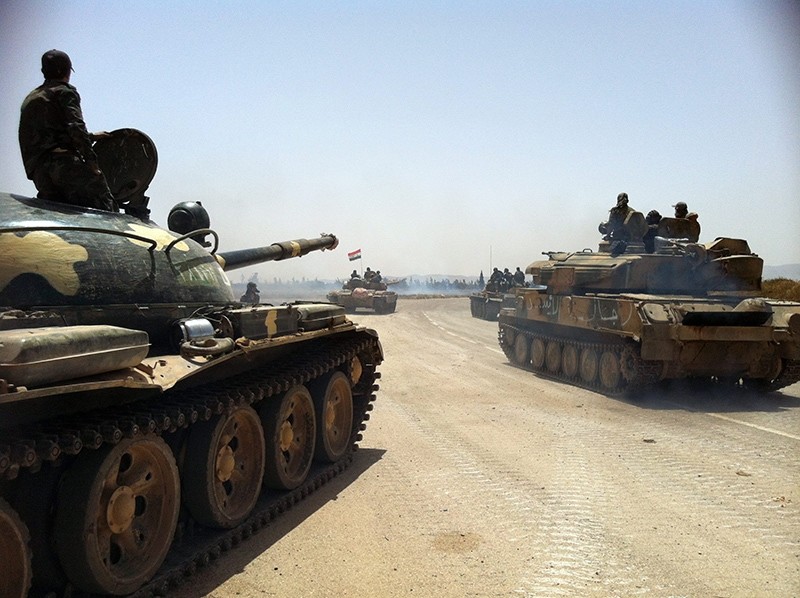 The Assad regime has reportedly opened a land corridor through the Hama-Idlib border allowing hundreds of Daesh terrorists – and large amounts of military equipment – to enter Syria's Idlib province.

Regime forces provided the terrorists with safe passage through the corridor, which links southern Idlib to Hama's eastern countryside, local sources, speaking anonymously due to fears for their safety, told Anadolu Agency on Tuesday.

Local sources also reported that, while crossing into southern Idlib, Daesh militants had carried out a surprise attack on opposition positions in the area.

Although the militants were eventually repulsed, Daesh reportedly remains in control of several small villages in the area, which continues to witness sporadic clashes between the terrorist group and opposition forces.

Turkish military units have started expeditionary activities in Idlib, Syria, in line with the de-escalation zone deal that emerged from talks in Astana, Kazakhstan, the Turkish Armed Forces said Monday.

According to Prime Minister Binali Yıldırım, Idlib will be taken in a security circle by the three guarantor states, and terrorist activities will be prevented.