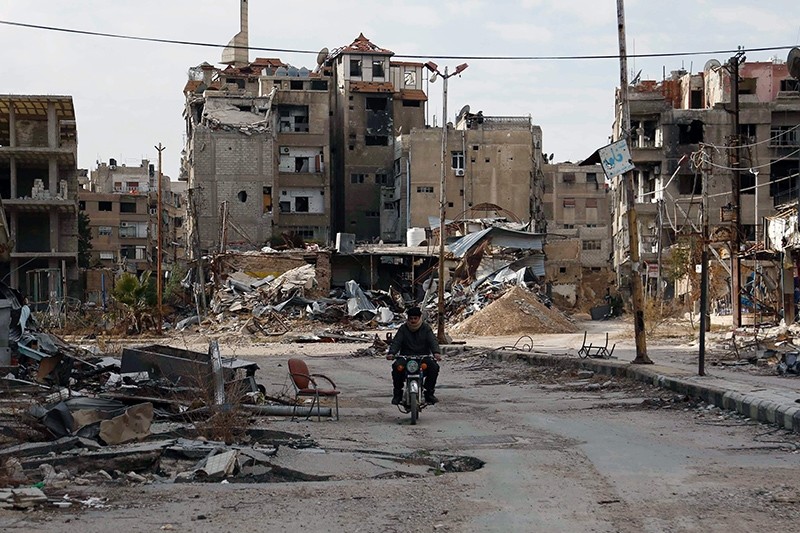 A ceasefire deal for a Syrian opposition enclave south of Damascus was reached on Thursday, brokered by Cairo and Moscow, Egyptian state media said.

"We announced a preliminary agreement over the will to enter into a ceasefire and de-escalation deal for the area," Jaish al-Islam political leader Mohammad Alloush said in televised comments. Details would be worked out in the near future, he said.

The announcement did not name the exact area or towns covered by the ceasefire, and did not mention the Assad regime. There was no immediate comment from Damascus.

Opposition factions hold a small pocket of territory south of Damascus, bordered to the west by a Daesh terrorist group enclave and surrounded from the other sides by Assad forces and allied forces.

Backed by Russia, Iran and Shiite militias, the Assad regime has pushed back the opposition over the past year, shoring up its rule over the main urban centers.

Through a series of military offensives and evacuation deals, the regime has snuffed out several opposition pockets around the Syrian capital of Damascus.

Thousands of opposition and civilians have poured into the insurgent-held Idlib province in northwest Syria, transferred out of towns and cities that the Syrian army retook.

In recent months, a string of ceasefire deals has eased some of the fighting between regime forces and the opposition in western Syria, including a truce in the southwest brokered by Russia and the U.S.