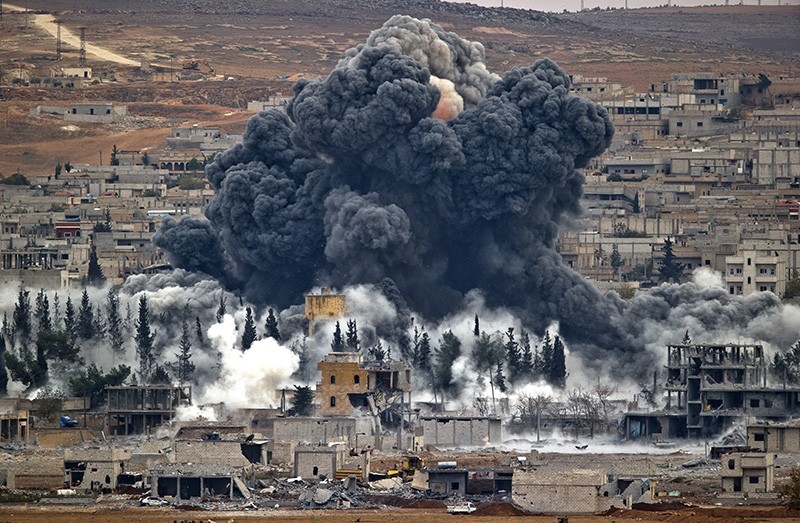 The U.S.-led coalition fighting Daesh terrorists said on Thursday another 51 civilians had been killed in strikes in Iraq and Syria, raising the total number of civilians it has killed to 786 since 2014.

The coalition said in a statement that during September, it had assessed 127 reports and the 51 additional deaths occurred in 16 incidents going back as far as February that it deemed were credible.

The coalition, battling to defeat Daesh terrorists in Iraq and Syria, says it goes to great lengths to avoid civilian casualties.

The military's official tally is far below those of outside organizations. The monitoring group Airwars says at least 5,637 civilians have been killed by coalition strikes.

Iraqi forces launched an attack to drive Daesh from the last territory it holds in Iraq on Thursday and the Assad regime army and its allies said they planned to march on the terrorists' last Syrian stronghold.

The separate assaults across the Iraqi-Syrian frontier aim to deal a final blow to the terror groups territory that has crumbled this year in Syria and Iraq, with Daesh losing the cities of Mosul, Raqqa and swathes of other territory.