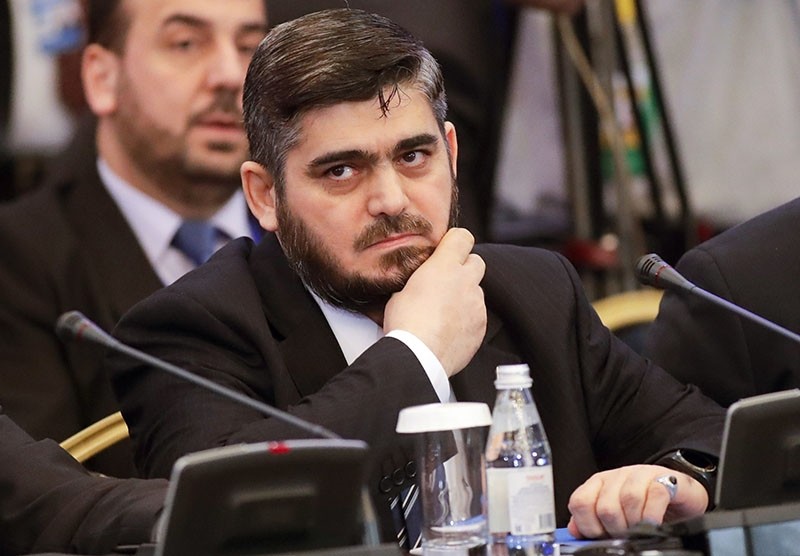 The Syrian opposition to the Assad regime rejected a Russian-sponsored congress of Syrian groups scheduled for Nov. 18 in Sochi and insisted any peace talks be held under U.N. sponsorship in Geneva, opposition officials said on Wednesday.

Russia, which intervened decisively in support of the regime in Syria's civil war two years ago, has said the most important task of the proposed congress is to launch constitutional reform.

"The revolution rejects this conference, which is between the regime and the regime," Mohammad Alloush, a member of the opposition High Negotiations Committee and a senior official with the Jaish al-Islam opposition group, told Reuters.

The HNC was surprised it had been mentioned in a list of groups invited to the congress and would "issue a statement with other parties setting out the general position rejecting this conference", Alloush said.

The Turkey-based Syrian National Coalition (SNC) political opposition group said the congress was an attempt to circumvent "the international desire for a political transition" and the U.N.-led political track in Geneva.

"The Coalition will not participate in any negotiations with the regime outside Geneva or without U.N. sponsorship," SNC spokesman Ahmad Ramadan told Reuters.

Russia will reportedly invite 1,000-1,300 participants from the Assad regime and pro-regime forces as well as various opposition groups. One of the main focuses of the congress is expected to be drafting a new Syrian constitution.

Russian media said the 'Congress of Syrian peoples,' the idea of which President Vladimir Putin first mentioned at a forum with foreign scholars earlier this month, could take place in mid-November in the Russian Black Sea resort of Sochi.

Special U.N. envoy for Syria Staffan de Mistura agreed to participate in the congress but set out a list of terms and conditions that have to be met before the event.

Putin says the congress could be an important step toward a political settlement and could also help draft a new constitution for the country.