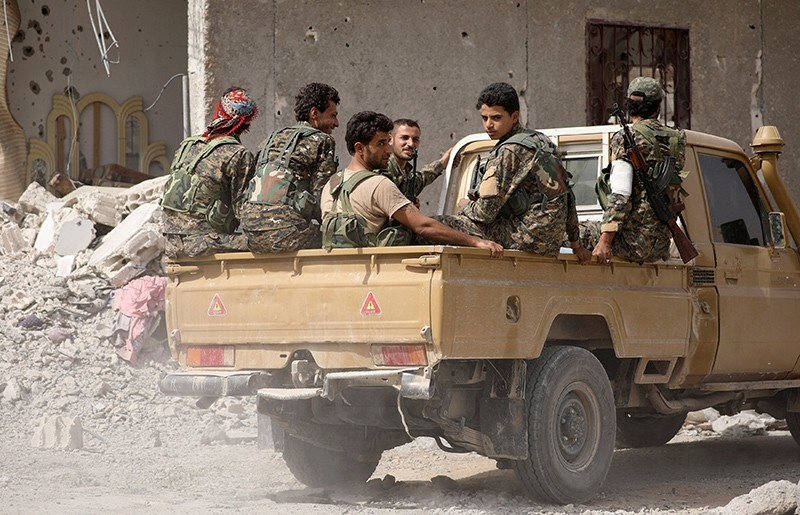 According to local sources, the SDF, which is dominated by the PKK terrorist group's Syrian offshoot the Democratic Union Party (PYD) and its armed wing People's Protection Forces (YPG), occupied the oil field located near the border with Iraq after fierce clashes with Daesh terrorists.

Last month, the SDF, with air support from the U.S.-led coalition, captured the al-Omar field – the largest in Syria.

Backed by the U.S., the PYD began advancing Sept. 9 into Deir el-Zour without encountering any resistance from Daesh.

According to the map area measurements of AA, the PKK/PYD currently controls approximately 25 percent of Syrian territories, mostly on the left bank of the Euphrates River.

Together, these strategic oilfields are estimated to account for roughly one-third of Syria's total energy production.

The Daesh terror group, which held these fields for some three years, earned millions of dollars in revenue from the oil and gas they produced.

Turkey considers PYD as the Syrian offshoot of PKK – a group listed as a terrorist organization by Turkey, the U.S., and EU that has waged a separatist insurgency against the Turkish state for more than 30 years, resulting in more than 40,000 deaths. PKK is also involved in illicit drug production and trafficking.

However, the U.S. considers the PYD's YPG militia an effective force in the fight against Daesh in Syria. Turkey, a NATO ally, argues that as a result of the ideological and organizational links between the groups, U.S. support for the YPG transfers directly to the PKK and is used against the Turkish state and its people.

The situation has caused tensions between Washington and Ankara, with the former saying support to the YPG is the only option to defeat Daesh and the latter insisting an alternative could be found that does not include arming a terrorist group, such as supporting local Arab tribes backed by countries in the region.