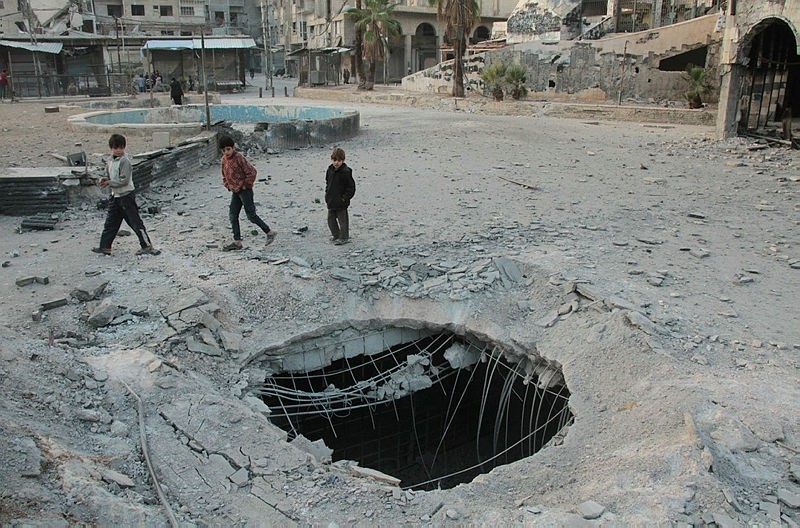 Food and medicine entered Douma in the Eastern Ghouta opposition enclave near Damascus on Sunday, in the first aid deliveries there in nearly three months.

Relief workers had distributed two-thirds of the aid by Wednesday but were forced to stop because of fierce fighting in the area, the deputy head of the town council told French Press Agency (AFP).

"There was a strike on the warehouse — two rockets. A third of the aid was still in there," said Iyad Abdulaziz.

"The guys picked up as much (of the remaining aid) as they could, and we moved it to a different location."

Abdulaziz said relief workers were still assessing how much of the aid could be salvaged.

Douma is the main town in the Eastern Ghouta region, an opposition-held enclave that is home to up to 400,000 people and which has been under a crippling government siege since 2013.

The siege led to food and medicine shortages and skyrocketing prices for whatever is available.

Eastern Ghouta is one of four "de-escalation zones" in Syria, meant to usher in a reduction in violence and increased aid access.

On Sunday, the International Committee of the Red Cross and the United Nations brought in 24 trucks of humanitarian relief into Douma.

The UN, its World Food Programme, and the ICRC were not immediately available for comment on Wednesday's bombardment.

Despite the de-escalation deal agreed by opposition backer Turkey and government allies Iran and Russia, Eastern Ghouta has come under a barrage of fire in recent days.

The Syrian Observatory for Human Rights, a Britain-based monitor, said two civilians were killed in bombardment on Douma on Wednesday.

More than 330,000 people have been killed in Syria since the conflict began in March 2011 with anti-government protests.