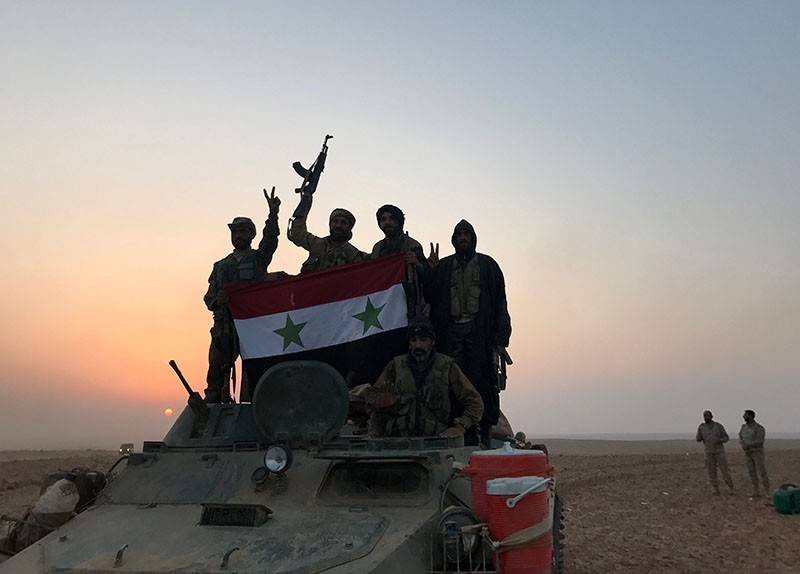 Assad regime forces and loyalist militiamen Sunday retook full control of Boukamal from the Daesh group, a military source said, ousting the terrorists from their last urban stronghold in Syria.

Boukamal has changed hands several times, with regime forces announcing the capture of the town near the Iraqi border earlier this month but losing it to a blistering Daesh counter-attack a week ago.

"Syrian troops and allied forces took full control of Boukamal, and are removing mines and explosives left by IS," the military source in Deir Ezzor told AFP on Sunday, using an alternative acronym for Daesh group.

"IS put up fierce resistance and tried to use explosives and suicide bombers, but besieging the city allowed the army to clinch the offensive and take full control of the city," the source added.

State news agency SANA also reported the advance in Boukamal, saying the "Syrian army and its allies eliminated the last Daesh terrorist pocket in the town."

A string of territorial defeats across northern and eastern Syria had left Boukamal as the last significant Syrian town held by Daesh.

Syria's army announced Nov. 9 it had ousted Daesh from the town, but the terrorists launched a lightning offensive and retook it.

A week later, the regime army and allied Iraqi, Lebanese, and Iranian fighters broke back into Boukamal and steadily advanced through the town.

The Britain-based Syrian Observatory for Human Rights confirmed Sunday that regime troops and their allies had captured Boukamal.

"There is no more fighting in the town, but there are clashes around Boukamal," he said.

The monitor said more than 80 fighters were killed in the three days of ferocious push to retake the town, including 31 pro-regime forces and at least 50 Daesh terrorists.

Daesh seized large areas of both Syria and neighboring Iraq in a lightning 2014 campaign, but this year has lost much of the territory it once held.

The loss of Boukamal caps the group's reversion to an underground guerrilla organization with no urban base.