Hundreds of Daesh terrorists headed to Europe thanks to secret Raqqa deal with YPG, report says 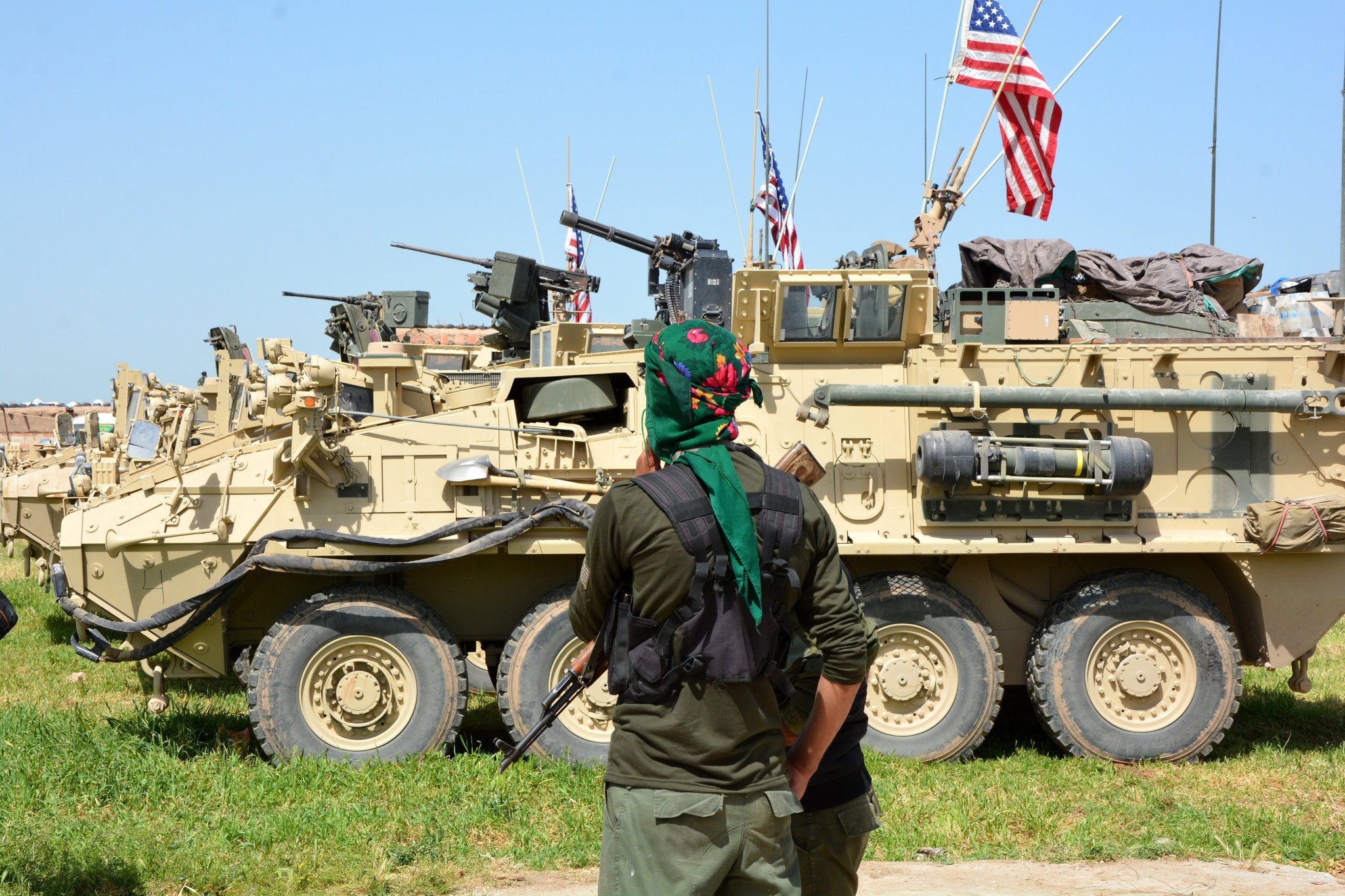 Hundreds of Daesh terrorists are headed towards Europe after secretly escaping war-torn Syria thanks to a deal struck between the terror group and the U.S.-backed Syrian Domestic Forces (SDF), which is mostly made up of the People's Protection Units (YPG) - the PKK's Syrian offshoot.

According to a report published on Tuesday by The Times, the controversial deal, which has heightened Europe's security woes, allowed hundreds of Daesh militants to escape Raqqa during civilians' evacuation, paving the way for the terrorists to enter mainland Europe via smuggling routes - a danger Turkey has warned Europe of on many occasions.

The Times also quoted an unnamed Turkish official, who said there had been a significant increase in the number of terrorists caught trying to cross the border into Turkey.

The Times report also included an interview with one of those arrested, Saddam al-Hamadi, 26, who said that hundreds of Daesh militants had taken advantage of the exodus of people during the deal to get to Turkey.

"It was an easy route to cross. Even if the YPG [the western-backed Syrian Kurdish militia] catch you, you will be held for ten or 15 days and then released," he said.

"I got on the road at the same time as the agreement. I crossed some farms and villages and got to Manbij and then al-Rai. The YPG didn't ask anything," he added.

The report also claimed that Daesh terrorists paid human traffickers as little as $300 to use the same routes as civilians to reach Turkey before fleeing to Europe.

According to the Times, the UK is particularly "worried about the return of [Daesh] fighters."

"There are also concerns that intelligence information may not be shared as quickly as it was because of the bad blood over Brexit, and the EU saying the UK will have to leave Europol and the intelligence-exchange mechanism," a source close to UK intelligence agencies said.

The secret deal was exposed by a BBC report which detailed the agreement between the SDF, which is predominantly composed of YPG fighters, and Daesh to arrange the escape of thousands of militants, including some of the most notorious, and their families from Raqqa, with 10 trucks loaded with weapons and ammunition on Oct. 12. The report also contained secret footage, interviews with drivers who transported the militants and some Syrians, including a shopkeeper and a smuggler who spoke on condition of anonymity. The report put the number of evacuated terrorists and family members at around 4,000.

After the extent of the deal was revealed, the spokesman for Operation Inherent Resolve (OIR), the U.S.-led coalition against Daesh, Col. Ryan Dillon, told the BBC that the U.S. knowingly accepted and tolerated the deal.

"This was a local solution to a local issue. Coalition did not fully agree, but respected our partners decision," he said on Twitter.

Security experts have stated that the militants likely pose a long-term risk by establishing sleeper cells in Europe.

Ankara has also on numerous occasions warned Washington to not collaborate with a terrorist group against another.

"YPG terrorists allowed Daesh to leave Raqqa with their weapons instead of eliminating them from the city. One terrorist group left Raqqa and another settled in. Is this your rational policy?" Prime Minister Yıldırım had said after the deal was revealed.

YPG terrorists have been backed by the U.S. under the pretext of fighting Daesh in Syria. The group is functioning under the umbrella of the Syrian Democratic Forces (SDF), which is predominantly led by YPG terrorists.

Ankara strongly disagrees with Washington for backing the YPG in the war against Daesh in Syria and the issue was regarded as one of the main reasons underlying the strained bilateral ties between the two NATO allies.