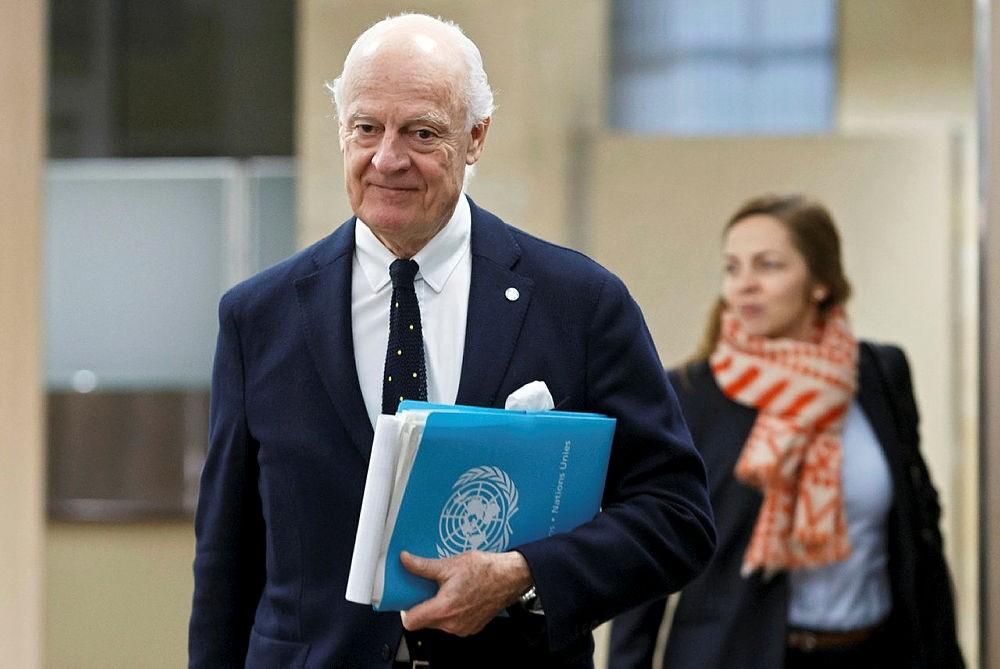 The U.N. envoy for Syria said that the peace talks in Geneva were a "golden opportunity missed" as another round ended without progress after two weeks.

Staffan de Mistura acknowledged to reporters at a press conference on Thursday evening that no real discussions took place between the regime and the opposition's side — despite "all sorts of creative formulas" tried by his team.

The U.N. envoy accused the regime delegation of setting preconditions in order to talk to the opposition, and said its team refused to discuss anything other than "terrorism" during the talks.

The Assad regime uses the term to refer to all armed opposition against their leader Bashar Assad.

De Mistura said the opposition was engaged on other subjects, such as governance, the constitution and elections.

In a rare admission of failure, de Mistura also said he needs to come up with "new ideas" for future talks.

The Geneva talks began in 2014 and six previous rounds of U.N.-backed negotiations have failed to yield concrete results, while hopes for a major breakthrough remain bleak.

Since March 2011 when civil war erupted in Syria, more than 300,000 people have been killed, according to the U.N. The Syrian Center for Policy Research puts the death toll at more than 470,000.

Despite the heavy toll of the Syrian civil war on both sides, the Assad regime has also gained momentum. Over the last year, Assad has strengthened his position on the ground, while opposition forces are reeling from a major setback in the capital city of Damascus.