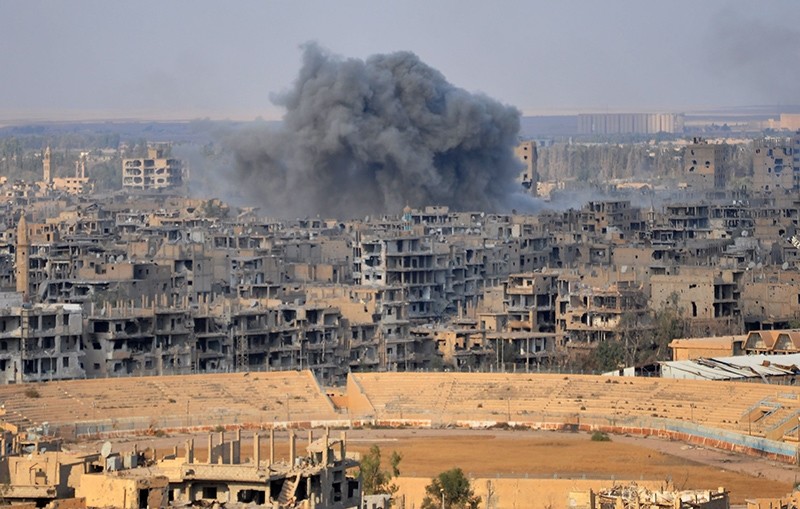 Air strikes on one of the last villages still held by the Daesh terrorist group in eastern Syria killed 12 civilians, including four children, a monitor said Monday.

The strikes were carried out late Sunday on the village of Susa in Deir el-Zour province, the Syrian Observatory for Human Rights said.

The Britain-based monitoring organization, which has a broad network of sources on the ground, said the strikes were likely conducted by the U.S.-led coalition that launched air raids against Daesh in Syria and Iraq in 2014.

The Daesh terrorist group has lost nearly all the territory it once held in Iraq and Syria and is clinging to a scattering of small villages and pockets of land in the border area.

The coalition admitted on Thursday to "unintentionally" killing at least 817 civilians since it started its aerial campaign against Daesh.