24 civilians, including 10 children, killed in attacks on Syria's Ghouta 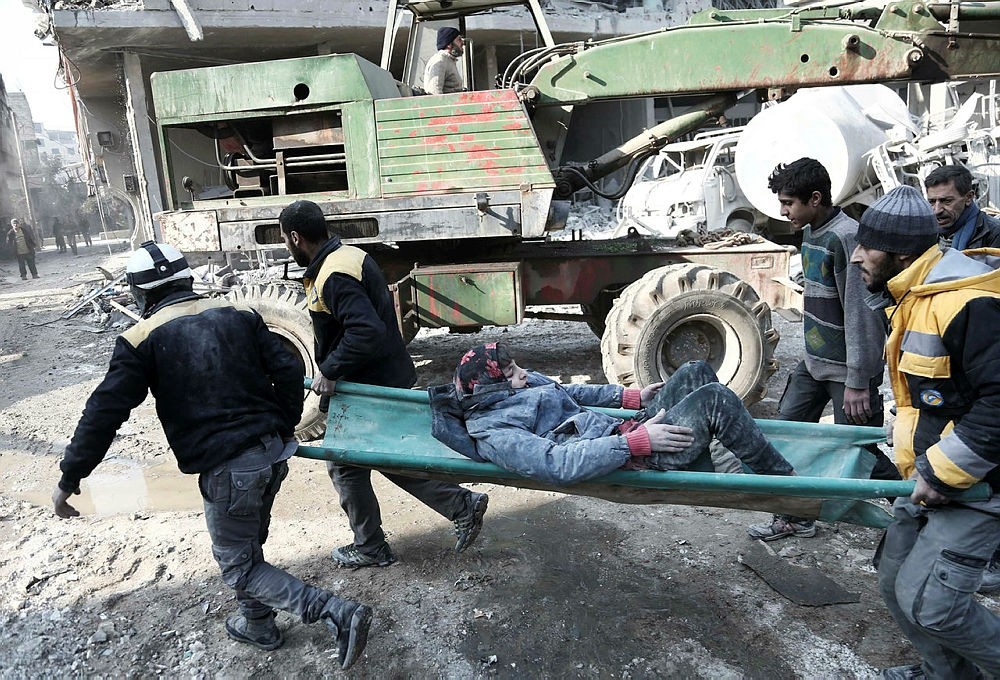 Ten children were among at least 24 civilians killed in air strikes and artillery fire Tuesday on a Syrian opposition enclave near Damascus, a monitor said, issuing a new toll.

Either regime or Russian aircraft were responsible for the raids, the most deadly of which killed 13 civilians including seven children in the Hammuriyeh district of rebel enclave Eastern Ghouta, said the Syrian Observatory for Human Rights.

The Observatory, a Britain-based war monitor, had previously put the number of civilians killed in the attacks on the area at 18.