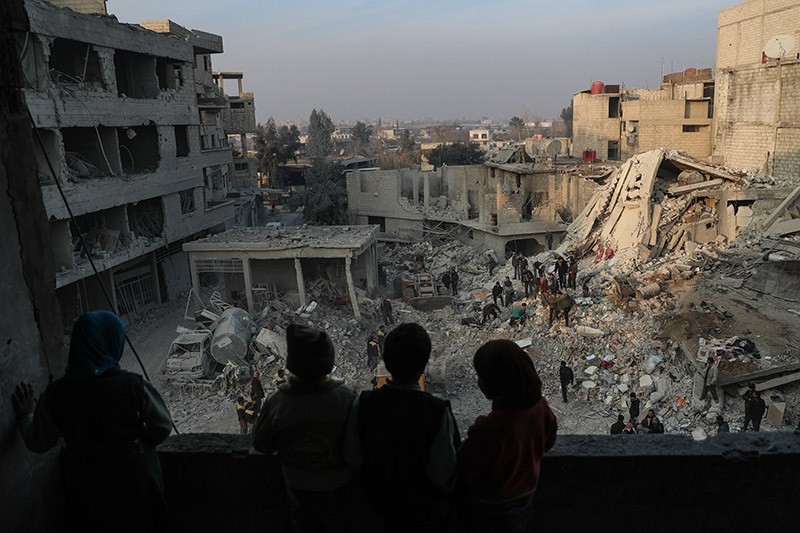 At least 329 Syrian civilians were killed in regime and Russian attacks in the Eastern Ghouta suburb of Damascus in the past two months despite de-escalation agreements, according to a London-based NGO.

Regime attacks in the district have killed 297 people in the period from Nov. 14 to Jan. 11, while 32 civilians were killed in Russian airstrikes in the same period, the Syrian Network for Human Rights (SNHR) said in a statement on Sunday.

In total, 79 children and 54 women were among the victims in the past two months, the NGO said.

According to the SNHR, eight mosques, four schools, six medical centers and 13 markets were destroyed in regime and Russian attacks in the same period.

The report cited that 20 massacres were committed by regime and Russian forces in Eastern Ghouta in the same period, 17 of which were carried out by regime forces.

Home to some 400,000 people, Eastern Ghouta has remained under a crippling siege by the Bashar Assad regime since late 2012. It falls within a network of de-escalation zones -- endorsed by Turkey, Russia and Iran -- in which acts of aggression are expressly prohibited.