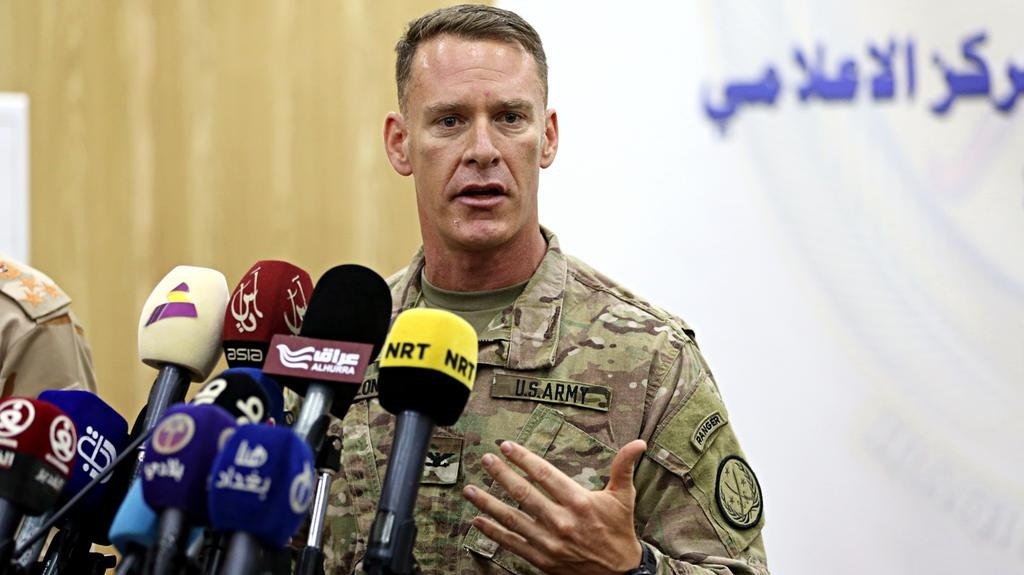 The spokesman of the United States-led coalition against Daesh Col. Ryan Dillon said Tuesday that Syria's northern Afrin region was not a part of the U.S.' area of operations against the Daesh terror group and that it does not support the People's Protection Units (YPG) elements in the area.

"The Coalition's mission has not changed: to defeat ISIS [Daesh] in designated areas of Iraq and Syria and set conditions for follow-on operations to increase regional stability," Dillon said in a written statement sent to Anadolu Agency.

His statement came in a response to Anadolu Agency's question as to whether the U.S. or the coalition would support Afrin, where a Turkish operation is being seen as imminent, based on statements by Turkish leaders.

"We are not operating in Afrin. We are supporting our partners in defeating remaining ISIS [Daesh] pockets along the Middle Euphrates River Valley, specifically in areas north of Abu Kamal, on the eastern side of the Euphrates River," he said.

Dillon spurred controversy on Sunday by announcing that the coalition will establish a 30,000-strong new border security force with the Syrian Democratic Forces (SDF) in Syria -- a U.S.-backed group that is largely controlled and manned by the Democratic Union Party's (PYD) and its armed wing the YPG, an offshoot of the terrorist PKK.

Turkey slammed the announcement, saying that YPG/PYD poses a threat to Turkey's national security and that it would take all necessary measures.

The Pentagon said it acknowledged Turkey's concerns over border security due to the SDF army in Syria, adding that communication with Turkey continues.

On whether there are any discussions between Turkey and the U.S. over the border security force to be led by the SDF, Pahon said U.S. government officials have reached out to their Turkish counterparts and the issue is being discussed, but gave no further details.

There are currently 8,000-10,000 terrorists in the Afrin region of Aleppo near the Turkish-Syrian border, which has been besieged by the YPG/PYD terrorists.

'No assistance' going to Afrin

The Pentagon on the same day also said the U.S. does not support YPG/PYD elements in Afrin and does not see them as part of their fight against Daesh.

"We don't consider them as part of our Defeat ISIS [Daesh] operations which is what we are doing there and we do not support them," Pentagon spokesman Maj. Adrian Rankine-Galloway told Anadolu Agency in an email.

"We are not involved with them at all," he added.

"There is no train-advise and assist program going [on] in Afrin.

"Elements out of SDF areas are not receiving any train-advice assists from us. The groups that we support are exclusively are involved in operations countering Daesh", he added.

Calling on "all parties" to avoid escalatory actions, he also said the U.S. is not part of the Turkish operation in Afrin.

Turkey has long protested U.S. support for the YPG/PYD while Washington has brushed off its status as a PKK offshoot, calling it a "reliable ally" in its fight against Daesh in Syria.

Listed as a terrorist organization by Turkey, the U.S. and the EU, the PKK has waged a terror campaign against Turkey for more than 30 years, leading to the deaths of more than 40,000 security forces and civilians, including more than 1,200 since July 2015 alone.