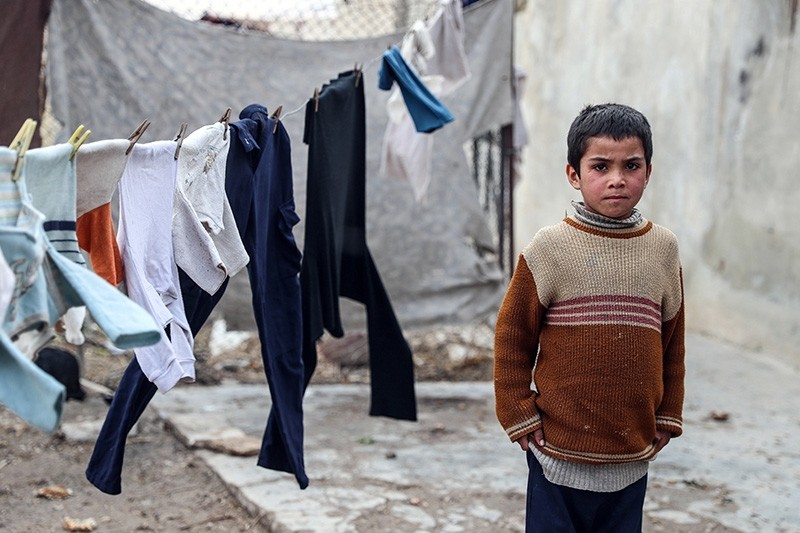 A total of 700 seriously ill and injured Syrians have been transferred from Syria's besieged Eastern Ghouta to hospitals in the Syrian capital, Damascus in order to receive better treatment as a result of discussions between Turkish President Recep Tayyip Erdoğan and his Russian counterpart Vladimir Putin, said the Turkish presidency on Friday.

Russian authorities informed Ankara that, as of Tuesday, severely injured patients and urgent medical cases had been transferred to Damascus, said sources from the presidency, who spoke on condition of anonymity due to restrictions on talking to the media.

Ankara has regularly discussed the humanitarian situation in Eastern Ghouta with Moscow.

In a telephone conversation with Putin on Dec. 22, Erdoğan stressed the importance given to the improvement of the humanitarian situation in the besieged region, demanding that Moscow put pressure on the Syrian regime for allowing evacuations of those most in need, said the sources.

Erdoğan also told Putin that Ankara was ready to bring the evacuated patients to Turkey for treatment.

During that conversation, Putin said that 30 urgent medical cases, along with their relatives, had been evacuated late December at Turkey's initiative.

Putin also informed Erdoğan that he would personally monitor the situation.

Home to some 400,000 civilian residents, Eastern Ghouta has been under siege for five years and humanitarian access to the city has been completely cut off. Hundreds are in urgent need of medical attention.

In the past eight months, the Bashar al-Assad regime has intensified its siege on Eastern Ghouta, making it almost impossible to bring food or medicine into the district and leaving hundreds of medical patients in need of treatment.

Many of the district's infants and young children have recently died due to acute malnutrition, hunger and a chronic shortfall of medicine.

Notably, the district falls within a network of de-escalation zones -- endorsed by Turkey, Russia and Iran -- in which acts of aggression are expressly forbidden.

Syria has only just begun to emerge from a destructive civil war that began in early 2011, when the Assad regime cracked down on pro-democracy protests with unexpected ferocity.