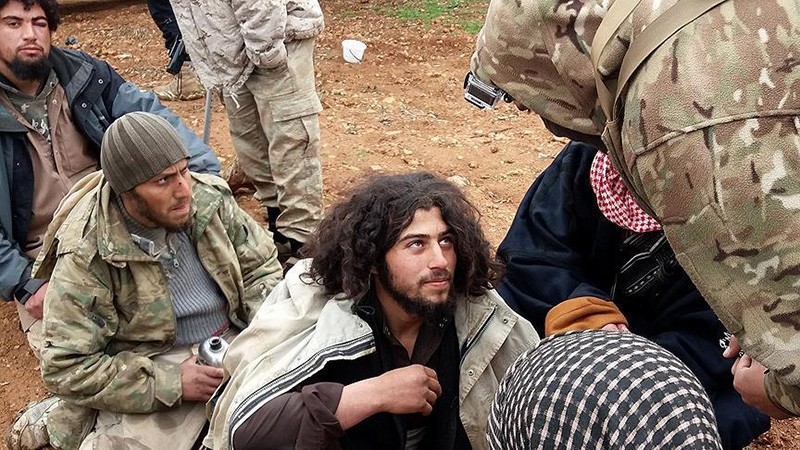 Daesh terrorists who were previously captured by Syrian opposition fighters while trying to infiltrate into Idlib have reportedly admitted to cooperating with the Assad regime and its ally Russia.

According to Anadolu Agency (AA), opposition fighters started to interrogate the 400 Daesh terrorists who were trying to reach opposition-held Idlib from regime-held areas.

The captured Daesh terrorists are currently being held at an undisclosed location to prevent a possible attack by the Assad regime or its allies, however, an AA correspondent was able to take a shot of the terrorists during a transfer.

The Syrian opposition previously captured the 400 Daesh terrorists in an operation in the rural areas of eastern and southern Idlib.

The Assad regime enabled a safe passage for the terrorists by clearing their way from Hama to opposition-held areas in 2017.

Coordinated airstrikes by the Assad regime and Russia lasted for about three months, clearing a large area from opposition fighters.

This way, Daesh terrorists were able to use a 30 kilometer-long "safe corridor."

Syria has been locked in a deadly civil war since early 2011, after the Assad regime cracked down on pro-democracy protests with brutality, leading to the deaths of thousands of people and displacement of more than 10 million others.