UNICEF 'no longer has words' to condemn killing of children in Syria's E. Ghouta, official says 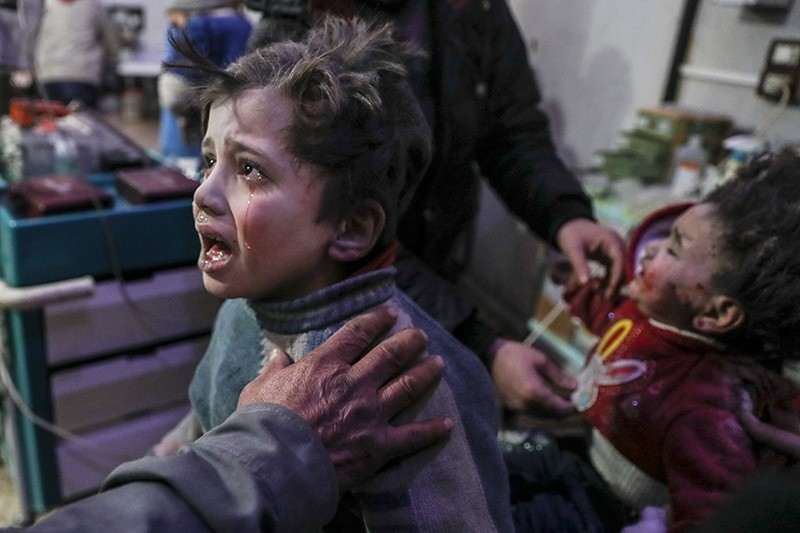 The United Nations on Tuesday said its officials "no longer have the words" to express outrage at the killing and suffering of children in the Damascus suburb of opposition-held Eastern Ghouta, where dozens of children were killed in strikes during the past few days.

"No words will do justice to the children killed, their mothers, their fathers and their loved ones," read a comment issued by Geert Cappelaere, UNICEF's regional director for the Middle East and North Africa.

It was followed by a blank page, before adding in the end: "Do those inflicting the suffering still have words to justify their barbaric acts?"

According to the Syrian Observatory for Human Rights, at least 52 children have been killed since Sunday, among 194 people killed.