US has set up about 20 military bases on YPG-controlled territory in Syria, Russia says 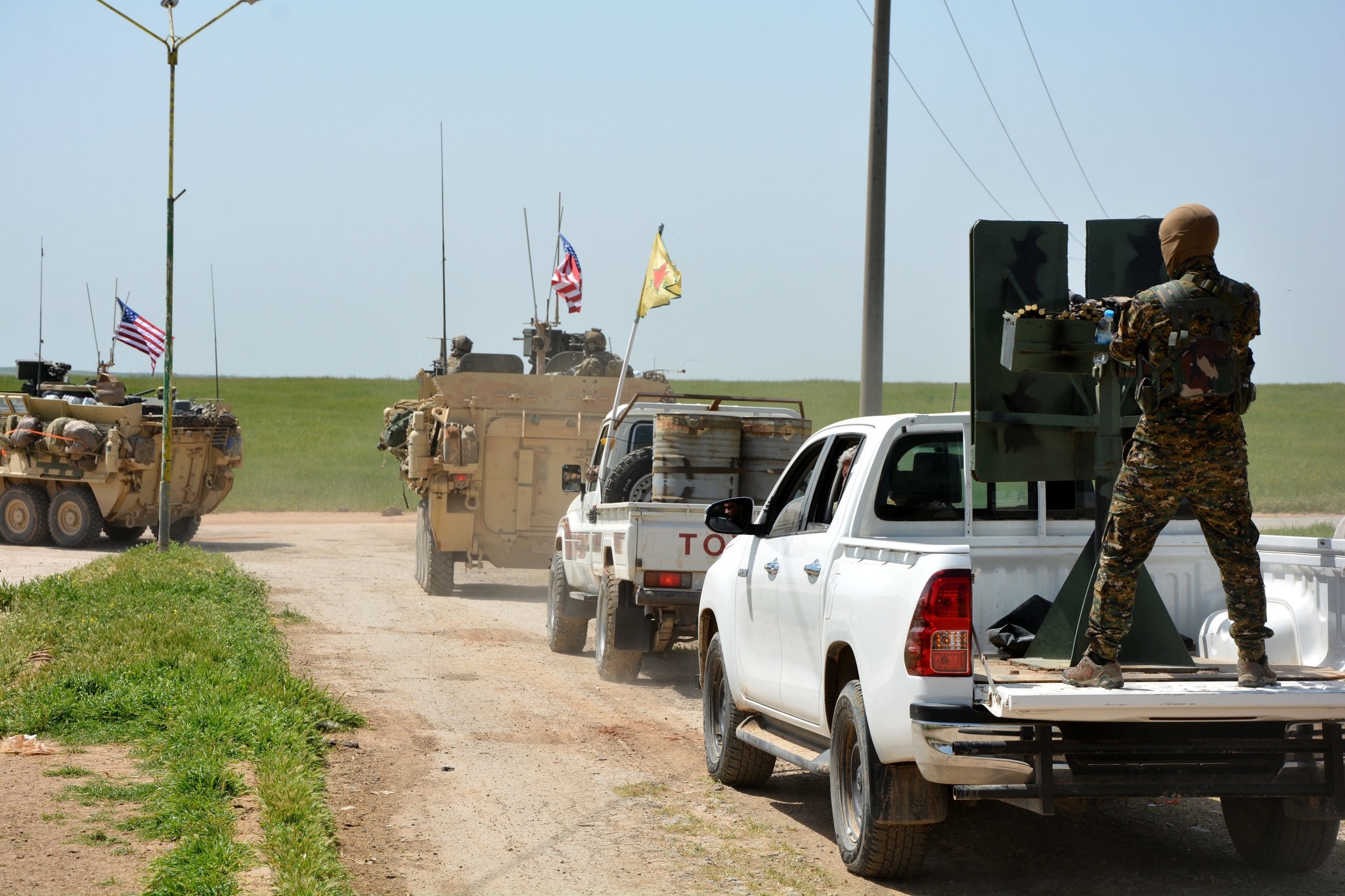 A convoy of U.S. army troops and the Kurdish terrorist group of the People's Protection Units (YPG), a PKK extension, patroling near the Syrian town of al-Darbasiyah at the Syrian-Turkish border, April 29. (FILE Photo)
by Daily Sabah with Agencies Mar 01, 2018 12:00 am

The United States has set up around 20 military bases in Syria on territory controlled by the PKK-linked People's Protection Units (YPG) militia, an official from Russia's Security Council said on Thursday, the RIA news agency reported.

The official, Alexander Venediktov, an aide to Security Council Secretary Nikolai Patrushev, also said Washington was supplying the YPG with the most advanced weapons, according to RIA.

"Deliveries of modern American weapons and U.S. encouragement of separatist sentiments in the Kurdish world practically provoked Turkey to launch the military operation in northern Syria near Afrin," he said.

The YPG, under the umbrella group Syrian Democratic Forces (SDF), has been heavily armed and equipped by the U.S as part of the fight against Daesh. The U.S. has continued to call the group its partner despite Turkey arguing that the fight against the terrorist group cannot be carried out with another one, referring to the PKK's Syrian affiliate. Turkey, the U.S. and the EU lists the PKK as a terrorist group; however, Washington and Turkey's Western allies have ignored the organic links between the PKK and the PYD/YPG, not listing the group in Syria as a terrorist group

The operation is being carried out under the framework of Turkey's rights based on international law, U.N. Security Council resolutions, its self-defense rights under the U.N. charter, and respect for Syria's territorial integrity.