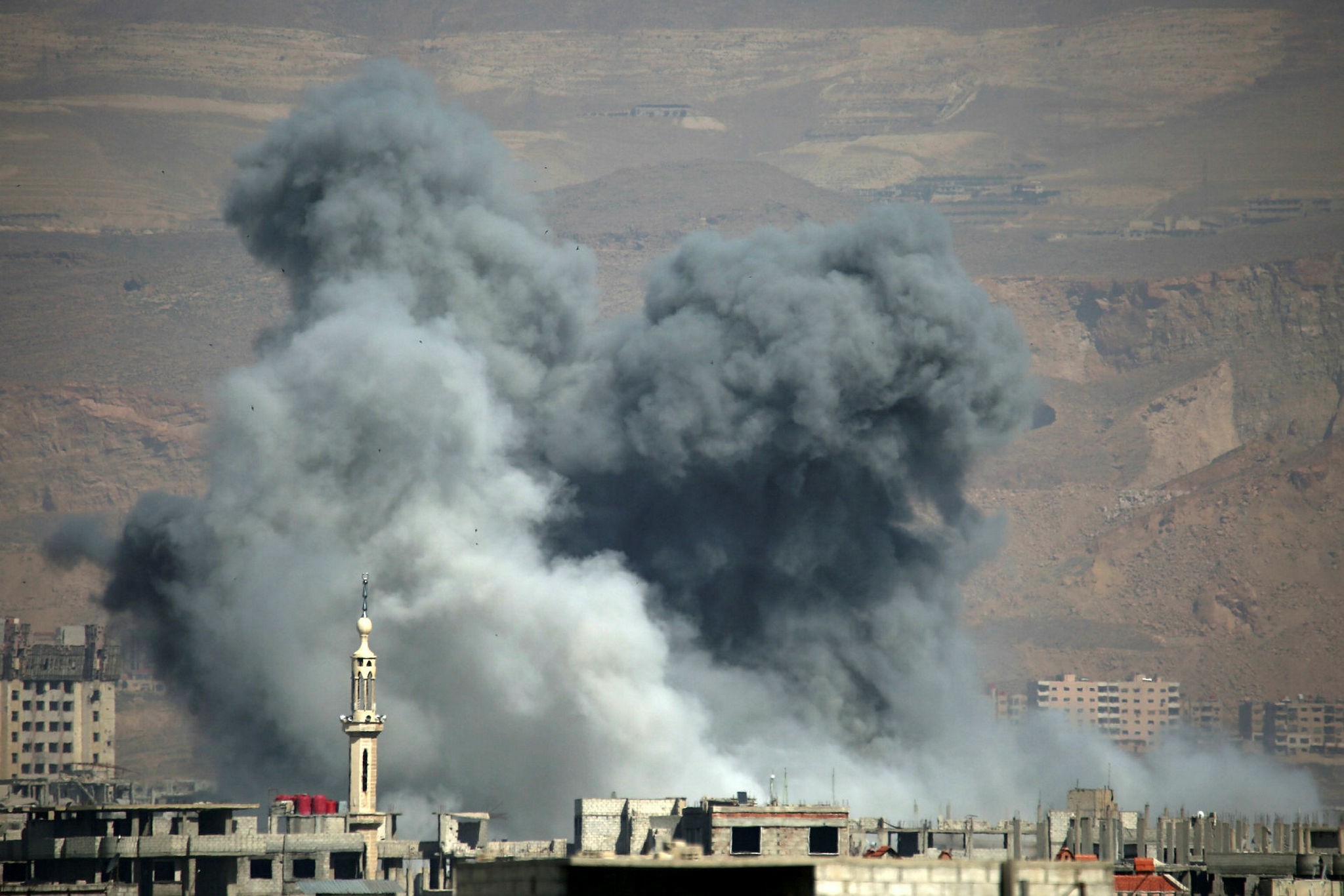 Syria pressed its assault in Eastern Ghouta where regime advances have in effect splintered the insurgent enclave into three as attacks bring the total death toll of the offensive to at least 1,102 civilians

New airstrikes and barrel bombs pounded Syria's Eastern Ghouta yesterday as regime forces pressed a three-week advance that splintered the opposition enclave and trapped dozens under collapsed buildings. More than 1,100 civilians have been killed in the onslaught on the biggest opposition stronghold near Damascus since it began three weeks ago with a withering bombardment, said the Syrian Observatory for Human Rights.

Defying global calls for a ceasefire, Bashar al-Assad has pursued a ferocious Russian-backed air campaign and ground offensive to capture the region, the last rebel bastion on the capital's doorstep. In three weeks of fighting, it has overrun more than half the area and split the remainder into three pockets, isolating the urban hub of Douma from the rest of the enclave.

"The clashes are focused now around the town of Medeira, which lies at the center of the three zones and where rebels are putting up fierce resistance," said Observatory head Rami Abdel Rahman, as reported by AFP. Bombing runs hit several other towns, including Arbin, where at least three civilians were killed. The Observatory said army fire on the roads linking the three places in Eastern Ghouta meant the enclave had been split.

In Hammuriyeh, AFP's correspondent saw a young man scrambling frantically over the rubble of a collapsed building in search of his loved ones. His father, mother and three siblings were killed in an air raid, but rescue workers have been unable to pull them out.

Activists and fighters in Eastern Ghouta in recent days have said the bombardment has included incendiary material that causes fires and burn injuries. Local doctors have also reported several incidents of bomb attacks followed by the smell of chlorine and choking symptoms.

Despite the fact that as many as 400,000 people live in the city with scarce medical facilities and food, the regime has continued attacks and blocked the delivery of international aid. Eastern Ghouta's roughly 400,000 residents have lived under government siege since 2013, facing severe shortages of food and medicines even before the latest offensive began. Forty-six aid trucks entered the area last Monday for the first time since the offensive, but had to cut short their deliveries and leave due to heavy bombardment. Even though the U.N. considers the siege and deprivation of water and food to be war crimes, all attempts to end the blockade have been unsuccessful. Russia, the main backer of the Assad regime along with Iran, ordered a humanitarian pause in an attempt to demonstrate its clout in the deadly civil war. The pause was set for five hours to create a corridor to allow civilians to exit the area. The Russian Defense Ministry said it would help injured civilians leave the town. Yet, the pause has been violated by the regime.