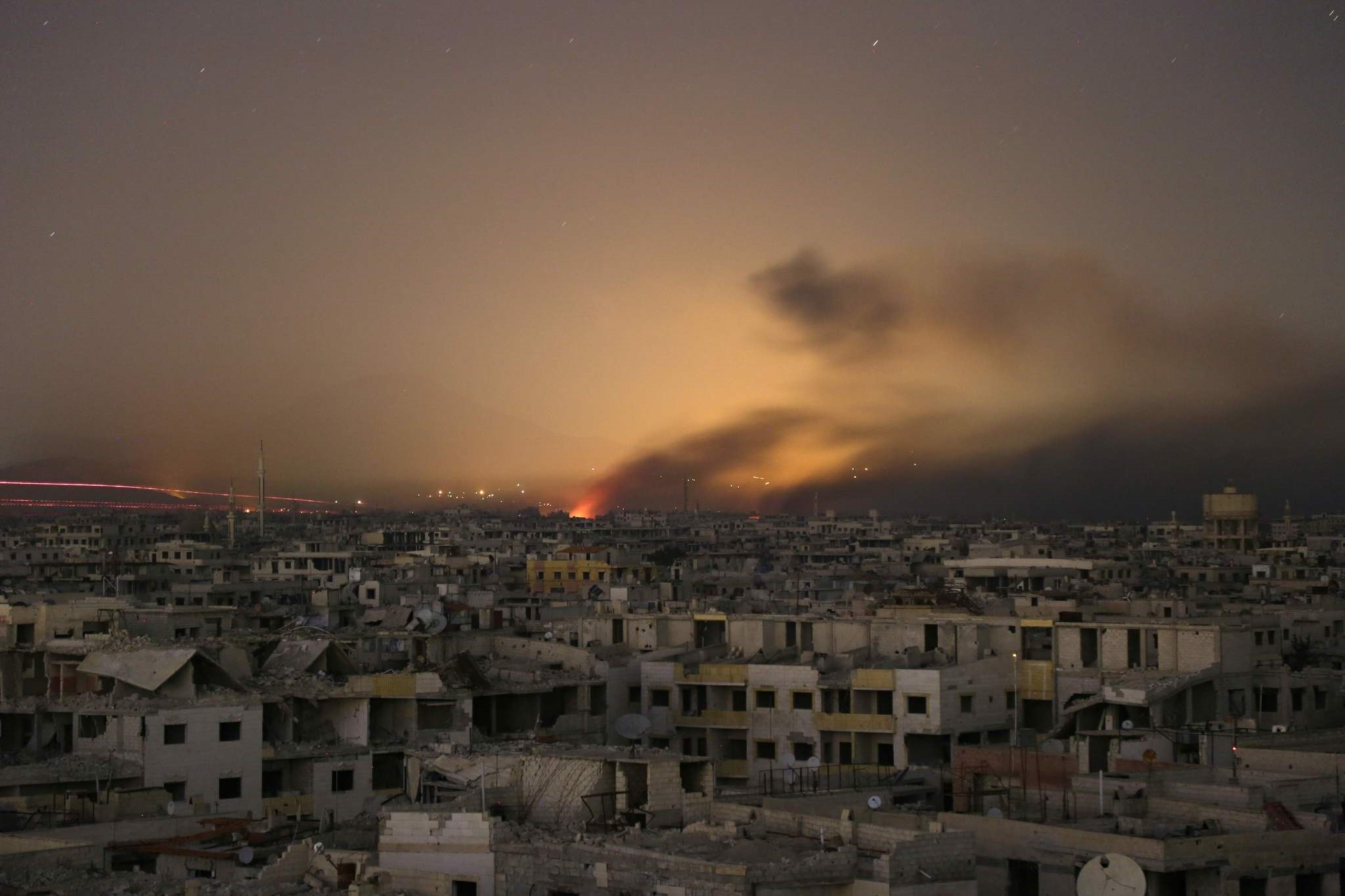 Lights and smoke are seen during regime bombardment on the rebel-controlled town of Arbin, in the besieged Eastern Ghouta region on the outskirts of the capital Damascus, on late March 11, 2018. (AFP Photo)
by Mar 12, 2018 12:00 am

Seven years of conflict in Syria have left more than 350,000 people dead, according to an updated overall death toll released Monday by the Syrian Observatory for Human Rights.

The Britain-based monitoring group, which relies on an extensive network of sources on the ground across Syria, said 353,935 people have been killed since March 15, 2011.

The conflict, which will enter its eighth year on Thursday, is taking a devastating toll on civilians, including in the ongoing regime assault on the opposition enclave of eastern Ghouta, near Damascus.

According to the head of Observatory, 106,390 civilians have been killed in seven years.

Here is a breakdown of the deaths, according to the Observatory:

- 58,130 regime-allied and militia fighters (including 1,630 from Lebanon's Hezbollah and 7,686 from other foreign Shiite groups)

- 63,360 extremists (including from the Daesh and a former Al-Qaeda affiliate)

- 62,039 fighters from other forces, including opposition, Kurdish militia and defected government soldiers