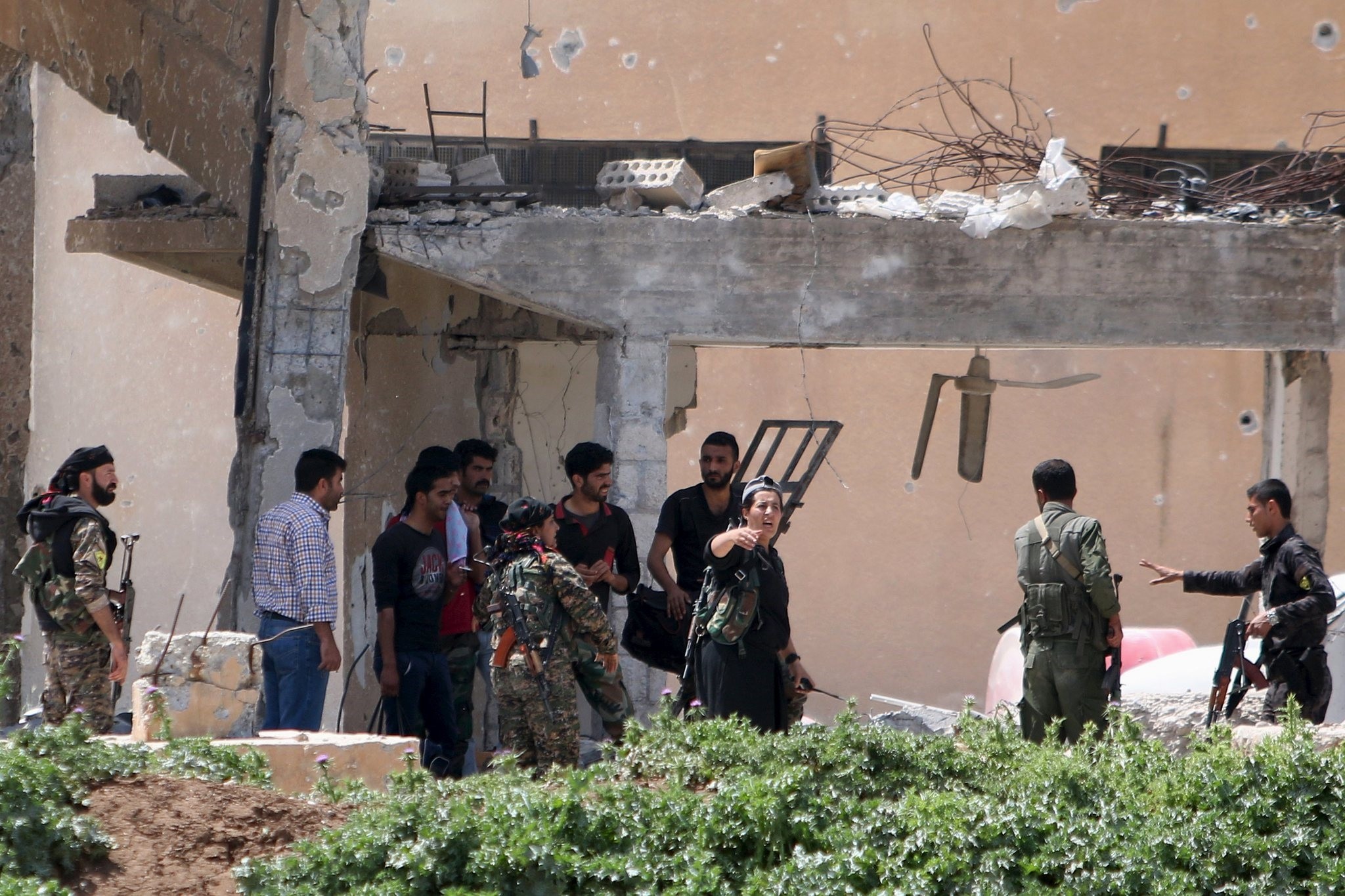 A female fighter of the People's Protection Units (YPG) gestures as regime forces surrender themselves to the group in the city of Qamishli, Syria April 21, 2016. (REUTERS Photo)
by Daily Sabah Apr 06, 2018 12:00 am

The PKK-linked People's Protection Units (YPG) terrorists continue to pursue a racist policy against Arabic towns and villages under its control.

Last week, activists documented how the terrorist group forced Arabs living in the governorate to evacuate their homes in Al-Hasakah province in northeastern Syria to accommodate the families of the Kurdish fighters who fled Afrin with the advance of Turkish and Free Syrian Army (FSA) forces as part of Operation Olive Branch.

In the wake of those revelations, Syrian opposition sources told Baladi News on Thursday that the YPG/PYD terrorist group raided the villages of Umm Khayef, Tel Hamis, the south of Qamishli and arrested dozens of residents of the village as part of a plan to expel them from their areas of control.

According to sources, who wished to remain anonymous, the YPG arrested dozens of civilians during the raid as punishment for the town's involvement in the ranks of FSA forces participating in Operation Olive Branch in Afrin.

The sources pointed out that the militia threatened to evacuate residents, and forcibly move to Operation Euphrates Shield zones in northern Aleppo, now controlled by the FSA.

The terrorist YPG militia took control of Tel Hamis two years ago. They burned dozens of houses in the village of Umm Kheif in retaliation against the people whose sons joined the ranks of the FSA as the revolution began in Syria.

The YPG and its political entity the Democratic Union Party (PYD) have been pursuing a racist policy against the local population, especially Arabs, in the areas they have seized with the support of the United States.

Dozens of families have been displaced, with their homes burned and entire villages swept away, including Dabbaghia, Al-Tisha and the Al-Mihirifa in Tel Tamar (Al-Hasakah), which were abandoned in 2015.

The terrorist group has also housed families of leaders of the PKK and PYD from Afrin who had been smuggled to some Arab villages near Tal Tamer after they forced residents to leave.

According to the Turkish General Staff, Operation Olive Branch aims to establish security and stability along Turkey's borders and the region as well as to protect Syrians from the oppression and cruelty of terrorists.