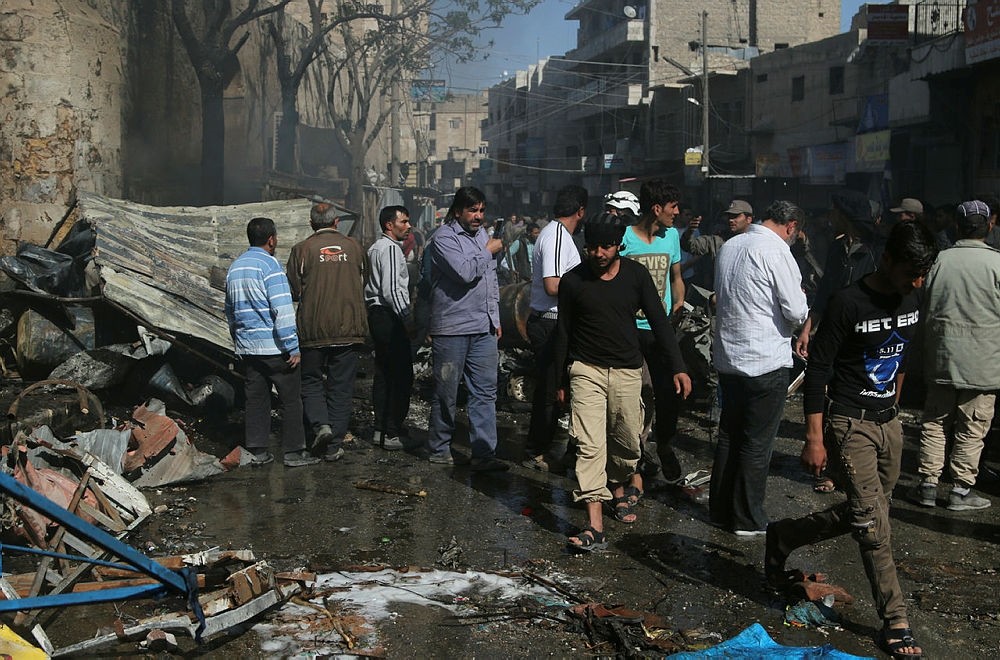 Eight civilians were killed and 20 others injured on Saturday when a car bomb exploded near a mosque in Syria's northern al-Bab city, according to an Anadolu Agency correspondent on the field.

Civil Defense workers rushed to the area to help the injured and douse the fire.

Some of the injured are in critical condition, Ammar Selmo, head of the Syrian Civil Defense in the city, told Anadolu Agency fearing the death toll may rise.

Online footage showed a fire and a column of smoke purportedly billowing from the site of the explosion.

So far, there has been no claim of responsibility.

Al-Bab city was liberated from Daesh terrorist group on Feb. 23, 2017, by the Turkish forces and Free Syrian Army amid Euphrates Shield operation.