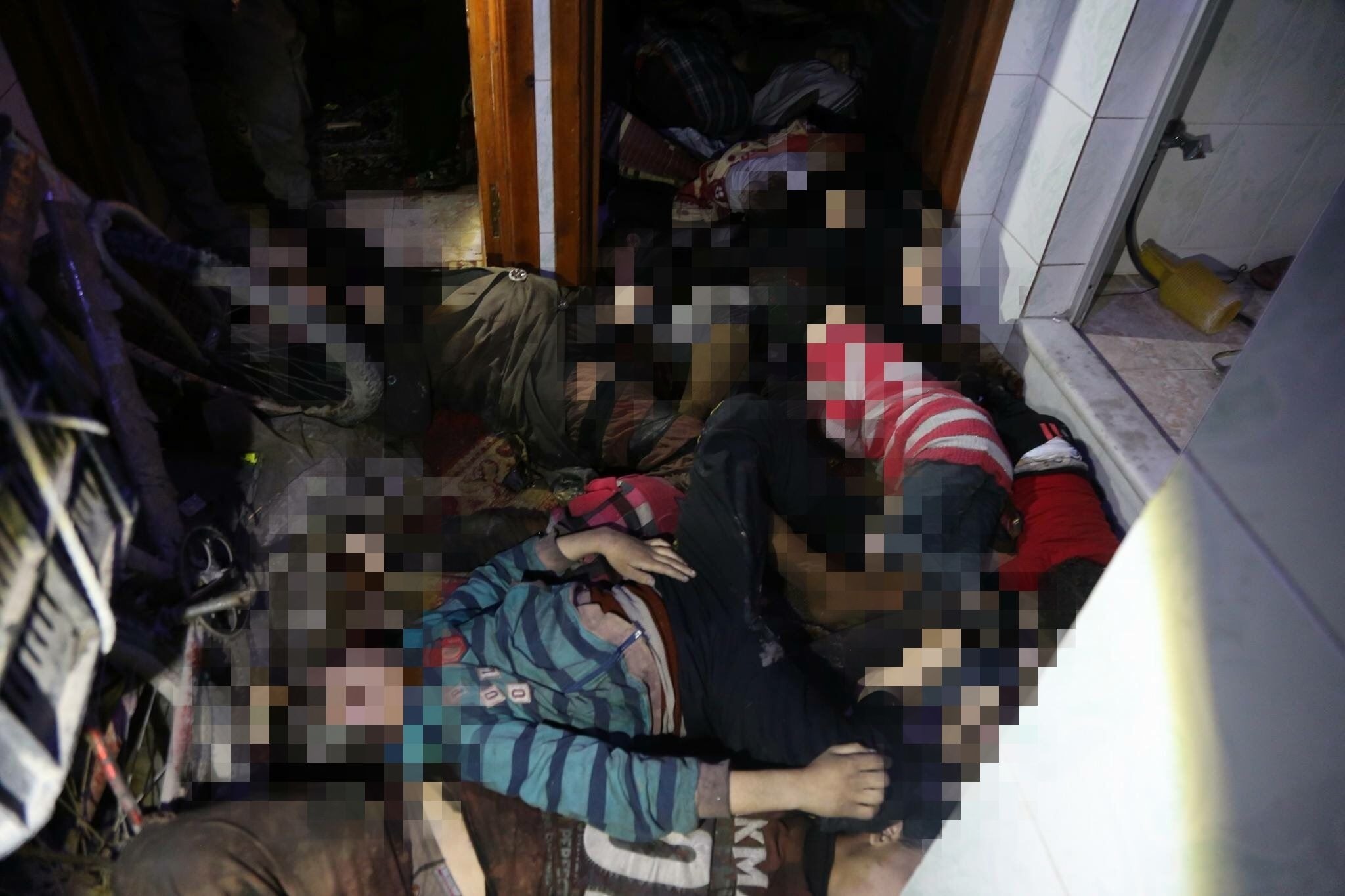 A handout image released by the Syrian Civil Defence on their Social Media pages on April 8, 2018, shows bodies inside a room following an alleged chemical attack on the rebel-held town of Douma. (AFP Photo)
by Daily Sabah Apr 08, 2018 12:00 am

Reporting live from a regime-held territory near eastern Ghouta's Douma neighborhood, the director of the Syrian office of the Iranian Al-Alam television channel, Hosein Murtada posted a video on Twitter on Saturday afternoon and said the attacks were "only appetizers."

Murtada said Douma would be targeted with something bigger than a ground operation and "what they will see today has never been expected."

The alleged chemical attack that killed more than 70 civilians in Douma sparked international outrage Sunday, with U.S. President Donald Trump warning there would be a "big price to pay."

Douma is the last remaining opposition-held town in Ghouta, once the opposition group's main bastion outside Damascus but now ravaged by a seven-week regime assault.