No symptoms of chemical poisoning in patients in Syria's Douma, Russia says 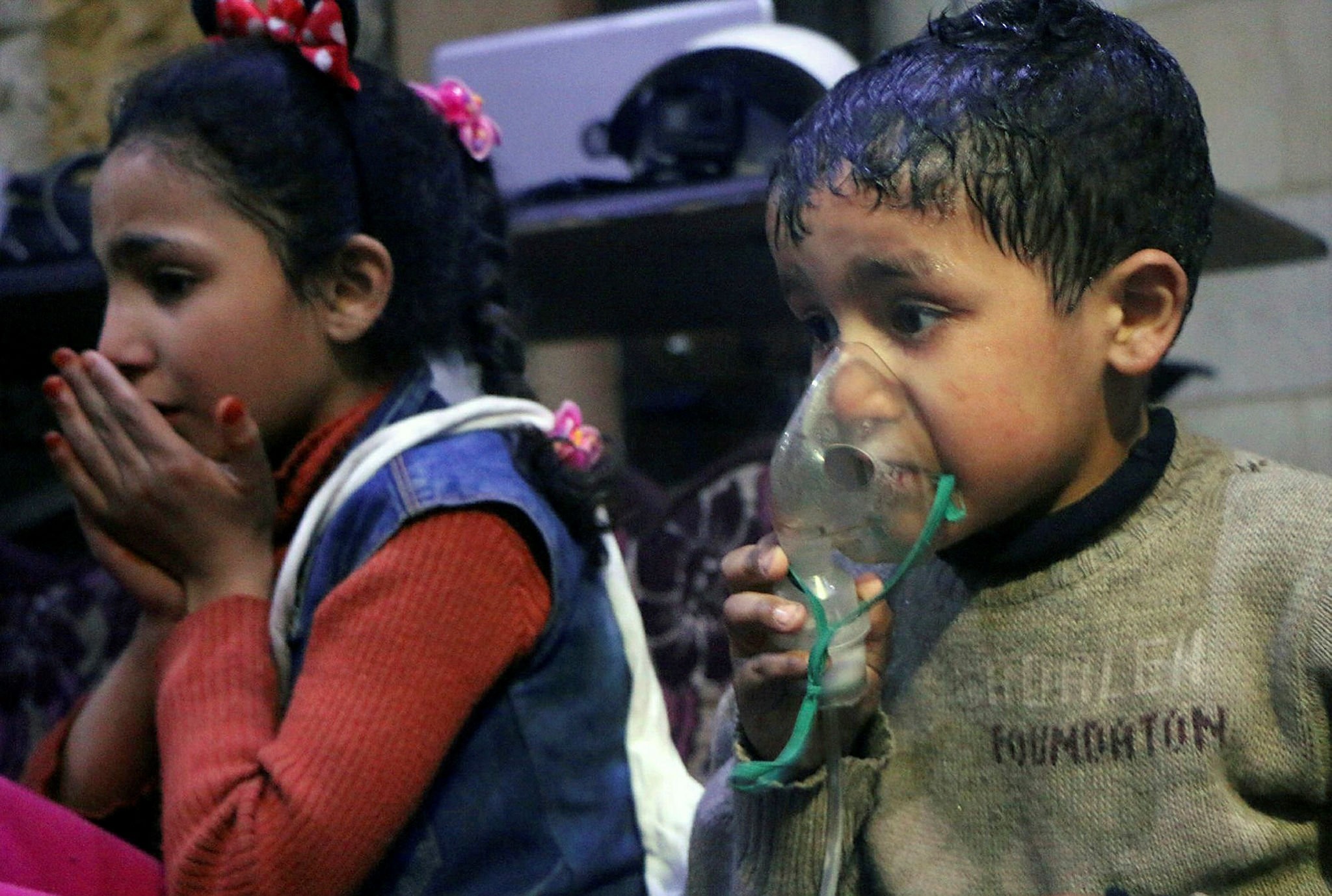 A Syrian child receives oxygen through a respirator following a chemical attack in the opposition-held town of Douma, April 8. (FILE Photo)
by Compiled from Wire Services Apr 09, 2018 12:00 am

The Russian military said Monday that military medics did not find any symptoms of chemical poisoning in patients in Syria's Douma town.

Opposition activists say at least 40 people died in Saturday night's chemical attack and blamed Syrian regime forces. Images of wounded children have caused international outrage, with U.S. President Donald Trump warning that there would be "a big price to pay."

The Russian military's Reconciliation Center in Syria has been sending officers into Douma to negotiate with opposition forces there. It says experts inspected the areas in Douma where chemical agents were allegedly used and found no trace of them. They also inspected Douma's hospital and found no patients with chemical poisoning symptoms.

The Russian military denounced the White Helmets, opposition-linked first responders who reported the attack and the death toll. It called them "shameless rebel accomplices," saying they made false allegations to derail a local truce.

The military statement came after President Vladimir Putin warned against speculation and "provocation" over the chemical weapons attack in Douma.

Putin's spokesman Dmitry Peskov earlier in the day also warned that "making any deductions is wrong and dangerous" over the apparent poison gas attack.

Peskov suggested that the opposition could have staged the attack themselves to pin the blame on Damascus.

Russia has been a key ally of Bashar Assad and has been waging an air campaign in support of his forces since 2015.

On Feb. 24, the U.N. Security Council unanimously adopted Resolution 2401 which called for a month-long cease-fire in Syria, especially in Eastern Ghouta to allow the delivery of humanitarian aid.

Despite the resolution, the regime and its allies early this month launched a major ground offensive backed by Russian air power aimed at capturing opposition-held parts of Eastern Ghouta.

Home to some 400,000 people, the suburb has remained the target of a crippling regime siege for the last five years.

Earlier this month, a UN commission of inquiry released a report accusing the regime of committing war crimes in Eastern Ghouta, including the use of chemical weapons against civilians.