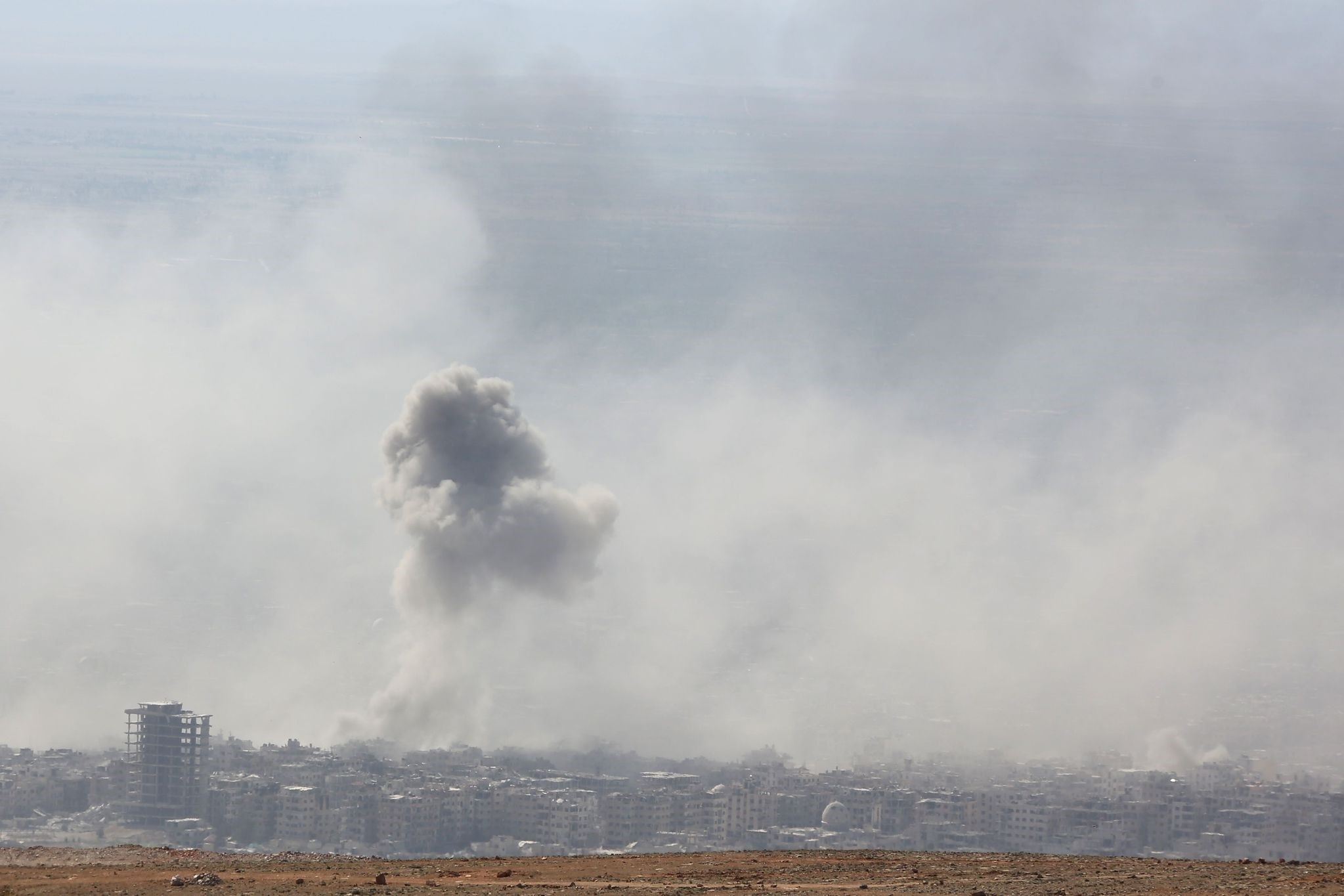 Smoke billows in the town of Douma, the last opposition holdout in Syria's Eastern Ghouta, on April 7, 2018, after Syrian regime troops resumed a military blitz to pressure opposition fighters to withdraw. (AFP Photo)
by Daily Sabah with Agencies Apr 09, 2018 12:00 am

The Russian military and the Assad regime officials said on Monday that two Israeli war planes carried out strikes on Syrian regime air base from Lebanese air space with eight missiles after U.S. and France denied responsibilty for the attack.

On Monday, at least 14 members of the Syrian regime army and its allies were killed in a missile attack on the T-4 military base in Homs province, which came after an alleged chemical attack in eastern Ghouta's Douma that killed over 70 civilians.

The Britain-based Syrian Observatory for Human Rights said the dead in the air base attack included Syrian, Asian and Arab nationals, who were allied with the Syrian regime of Bashar al-Assad.

It was not initially clear who carried out the attack after both the U.S. and France denied that they were responsible for the attack.

Some Lebanese media outlets said residents living near the north-eastern border with Syria heard jets in the sky in the early morning hours, another sign suggesting that the attack may have been carried out by Israel.

Israel's military claimed earlier this year that Damascus had allowed Iran's Revolutionary Guard to operate the T-4 military site, according to the Times of Israel.