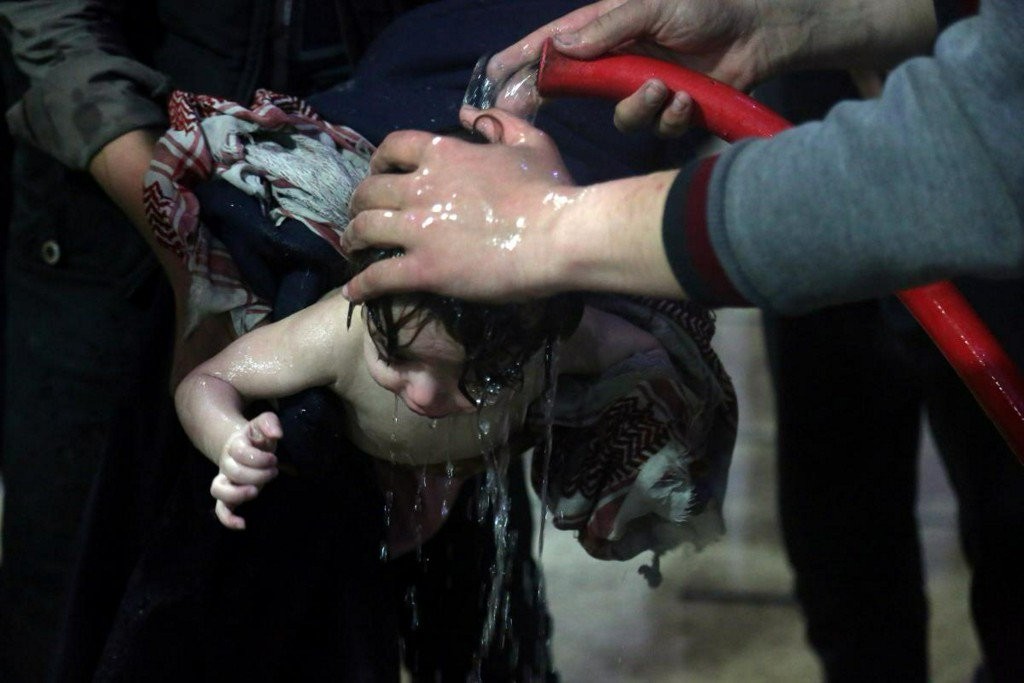 A child is treated in a hospital in Douma, eastern Ghouta in Syria, after what a medical relief group claims was a suspected chemical attack on April 7, 2018. (REUTERS Photo)
by Compiled from Wire Services Apr 11, 2018 12:00 am

The symptoms of 500 Syrian patients treated after Saturday's attack on Douma point to the use of toxic chemicals, the World Health Organization (WHO) said, citing reports from its medical sources in the country.

"In particular, there were signs of severe irritation of mucous membranes, respiratory failure and disruption to central nervous systems of those exposed," the WHO said on Wednesday.

"WHO demands immediate unhindered access to the area to provide care to those affected," added the agency's emergency response chief, Peter Salama.

The U.N. health agency in Geneva issued its statement as the Organization for the Prohibition of Chemical Weapons (OPCW) was deploying investigators to Douma, the last remaining Damascus suburb held by rebels.

More than 70 people reportedly died during the attack, including 43 who apparently were killed by highly toxic chemicals, the WHO said.

The United States, Britain and France have argued the incident bears all the hallmarks of a strike ordered by the regime of Bashar Assad.

Assad has been blamed for previous attacks by the Organization for the Prohibition of Chemical Weapons (OPCW) and U.N.-backed war crimes investigators.

WHO has delivered medicine capable of treating certain types of chemical agents to clinics through a series of humanitarian convoys deployed across the country in recent years.

U.N. officials have also accused Assad's troops of at times removing those treatments from humanitarian vehicles.

Assad has denied that any such attack took place, while Russian officials called the allegations "fake news."