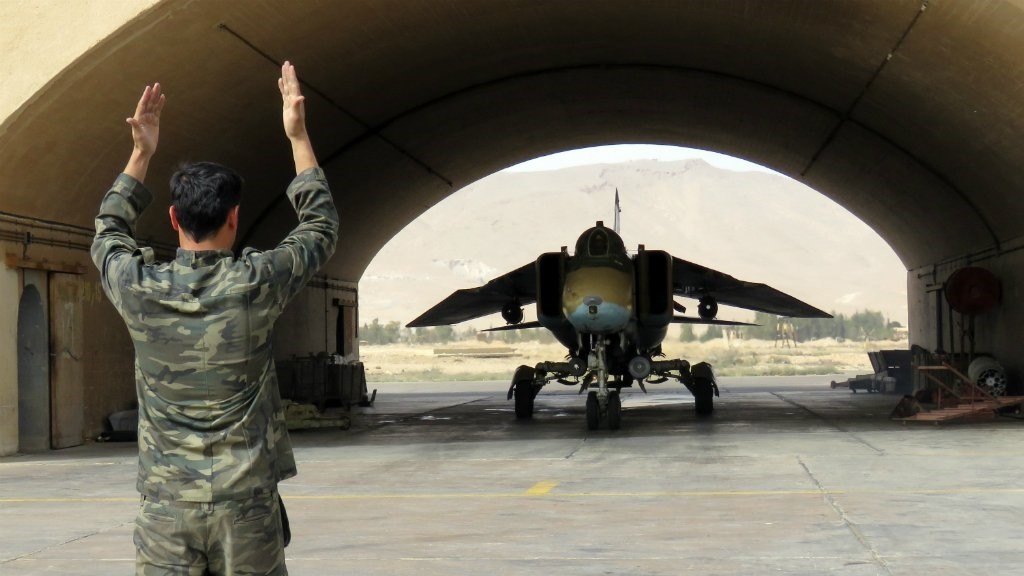 Syria's army has evacuated key defense buildings in Damascus over fears they might be targeted by Western strikes in response to an alleged chemical attack, a monitor said Wednesday.

The United States and France have warned of a strong response after an alleged deadly chemical attack by the regime on the rebel-held town of Douma on Saturday.

"The buildings of the ministry of defense and the army headquarters have been empty for two days," the Syrian Observatory for Human Rights monitoring group said.

Regime forces have also evacuated military airports as well as the bases of the elite Fourth Division and Republican Guard outside the capital, the Observatory said.

There was no immediate confirmation from the Damascus regime.

A source with pro-regime forces told AFP: "The Syrian army has taken protective measures especially for military airports and bases."

The source said they expected the Americans would inform the Russians before any strike.

Activists have reported seeing convoys of trucks leaving bases that were used in recent offenses against the opposition in eastern Ghouta, outside Damascus.

This comes after U.S. President Donald Trump warned Russia on Wednesday of imminent military action in Syria over a suspected poison gas attack, declaring that missiles "will be coming" and lambasting Moscow for standing by Bashar Assad.

Trump was reacting to a warning from Russia on Tuesday that any U.S. missiles fired at Syria over the deadly assault on an opposition enclave would be shot down and the launch sites targeted.

His comments raised fears of direct conflict over Syria for the first time between the two world powers backing opposing sides in the country's protracted civil war, which has aggravated instability across the Middle East.

"Russia vows to shoot down any and all missiles fired at Syria. Get ready Russia, because they will be coming, nice and new and 'smart!'," Trump wrote in a post on Twitter.

"You shouldn't be partners with a Gas Killing Animal who kills his people and enjoys it!" Trump tweeted, referring to Moscow's alliance with Assad.

In response, Russia's Foreign Ministry said in a Facebook post that "smart missiles should fly towards terrorists, not towards the lawful government".

Foreign Ministry spokeswoman Maria Zakharova said any U.S. missile salvo could be an attempt to destroy evidence of the reported gas attack in the Syrian town of Douma, for which Damascus and Moscow have denied any responsibility.