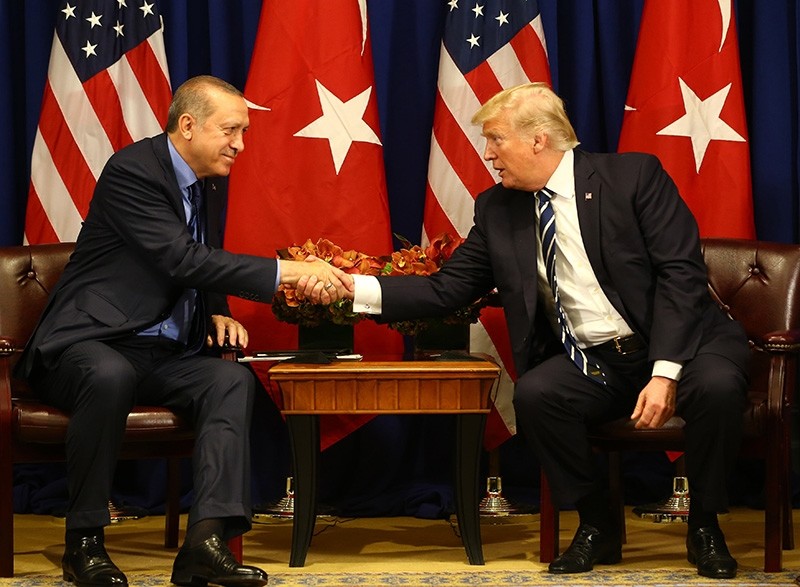 The presidents exchanged views about the chemical attack, sources added.

The call marked the third phone call between the heads of state in less than a month.

The call comes amid escalating rhetoric from the U.S., U.K., France and other countries threatening military strikes in response to a chemical attack that killed more than 40 people and affected 500 others in the Syria town of Douma, in the Damascus suburb of eastern Ghouta. The Assad regime and its ally Russia deny such an attack happened.

Trump said Wednesday in a tweet that missiles "will be coming" in response to Syria's suspected chemical attack, adding "Get ready Russia, because they will be coming, nice and new and 'smart!'"

U.K. media reported Prime Minister Theresa May had ordered British submarines to move within missile range of Syria in readiness for strikes that could begin as early as Thursday night, as the premier told reporters "the use of chemical weapons cannot go unchallenged."

The leaders of France and Saudi Arabia also made statements indicating they would give support to a military strike against Assad's forces.

Turkey has played an important role as a mediator between Russia and the U.S. amid the crisis, as Russian Parliament Defense Committee Head Vladimir Shamanov praised on Thursday.

"A dialogue between the chiefs of staff of the U.S. and Russia has begun. The connection has been made possible through our counterparts in Turkey," Shamanov said.