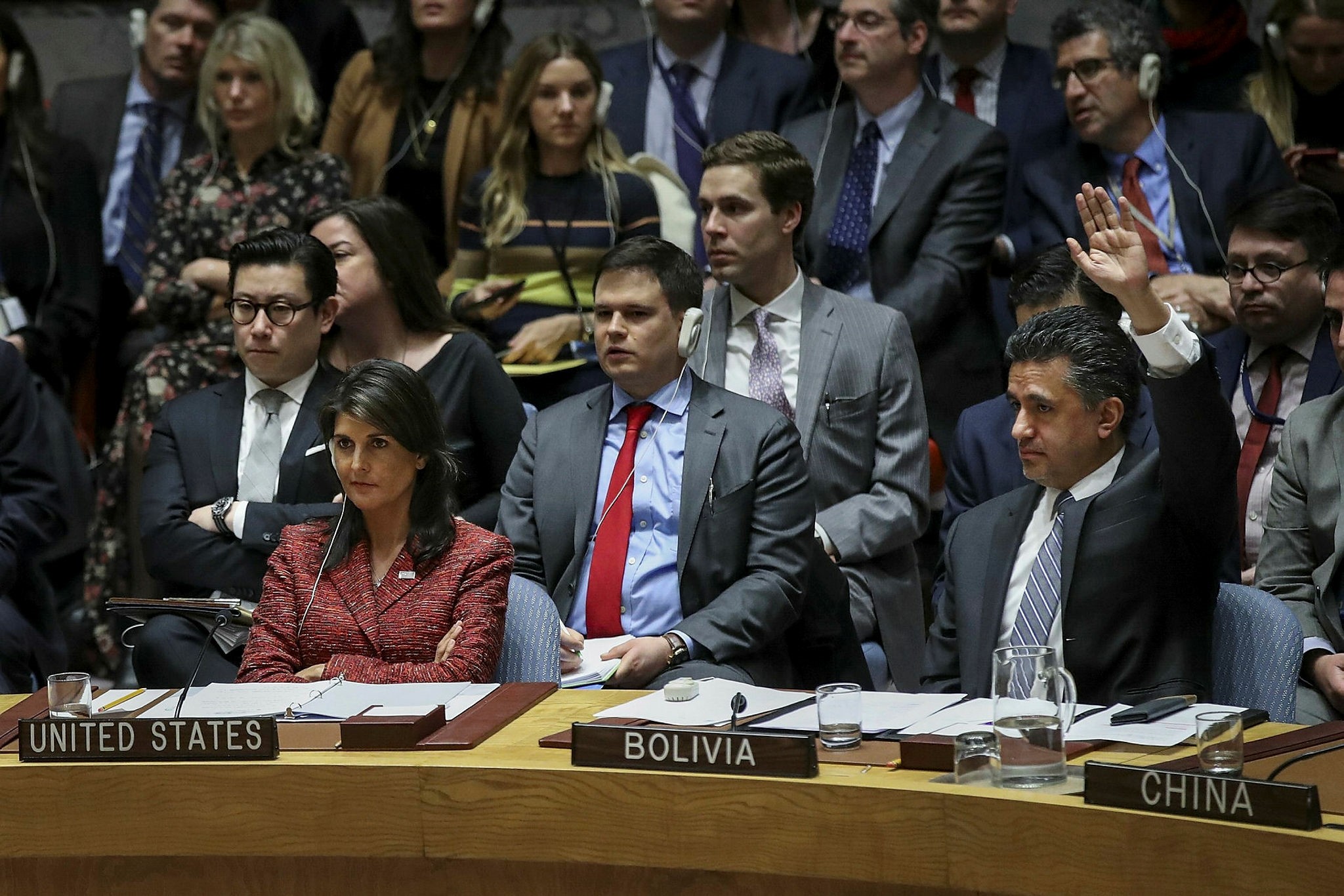 US envoy to the UN Nikki Haley votes no while her Bolivian counterpart Sacha Sergio Llorenty Soliz votes yes on a Russian draft resolution to create a new inquiry to find blame for the chemical weapons attack last week in Douma, Syria (AFP Photo)
by Daily Sabah with AP Apr 11, 2018 12:00 am

The U.N. Security Council will meet behind closed doors Thursday to discuss the threat of military action against Syria after President Donald Trump warned that "missiles will be coming."

Bolivia, one of 10 non-permanent council members and a strong supporter of Russia, requested the meeting to address "the recent escalation of rhetoric regarding Syria and the threat of the use of unilateral actions," according to the request sent Wednesday.

Bolivia's U.N. Ambassador Sacha Llorentty Soliz, who has supported Russia on Syria in council votes, said he requested a briefing from a senior U.N. official during closed consultations for Thursday morning.

Llorentty Soliz told reporters on Wednesday at U.N. headquarters that Bolivia asked for the meeting, not only based on Trump's latest tweets that the United States will launch missiles at Syrian targets in response to the suspected chemical attack in a rebel-held suburb of Damascus.

He also cited escalating rhetoric and said "there's a consistency in his threats."

British Prime Minister Theresa May also said Wednesday she is ready to confirm military intervention into Syria without parliamentary approval. She said earlier in the day that shocking assaults such as the chemical attack in Syria's Douma could not go unchallenged.

Llorentty Soliz said Bolivia is concerned because any unilateral action would violate the U.N. Charter's principles and purposes.

The Security Council failed on Tuesday to agree on setting up an investigation of chemical weapons use in Syria, with draft resolutions from Russia and the United States defeated in three votes.

Russia used its veto to block a U.S.-drafted measure, while two other proposals from Russia failed to garner enough votes for adoption.