OPCW experts on way to Syria to start work Saturday 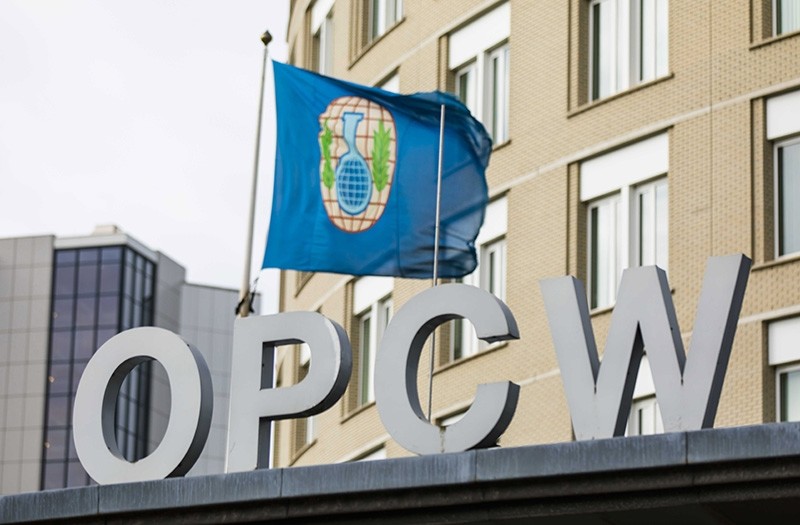 Experts from the global chemical weapons watchdog are on their way to Syria and will start work on Saturday, the organization confirmed on Thursday.

A spokesperson for the Organisation for the Prohibition of Chemical Weapons "confirms that the OPCW fact-finding mission team is on its way to Syria and will start its work as of Saturday 14 April 2018," a brief statement said Thursday.

Local sources and NGOs working in the area said that at least 70 people were killed and dozens of others were injured in Saturday's alleged chemical attack by Assad regime forces in the eastern Syrian town of Douma just outside Damascus.

The experts on the mission will conduct interviews with the alleged victims and collect samples to be examined at the OPCW's laboratories.

Syria said Thursday it would hold the West responsible for any delay in the arrival of the OPCW mission.

A source in the foreign ministry was quoted as saying in a news flash on state television that Western parties were seeking to obstruct the mission's task and "meddle in its work."

As it looked to head off the threat of Western strikes, the Syrian regime said it had invited the OPCW to visit the site of the alleged attack in Douma, a town in the Damascus suburb of eastern Ghouta that is on the verge of falling to the regime after a long and bloody siege.

The OPCW does not have a mandate to establish who is responsible for attacks, and the joint OPCW-UN task force that once did was shut down by Russia last year after it blamed the Syria regime.