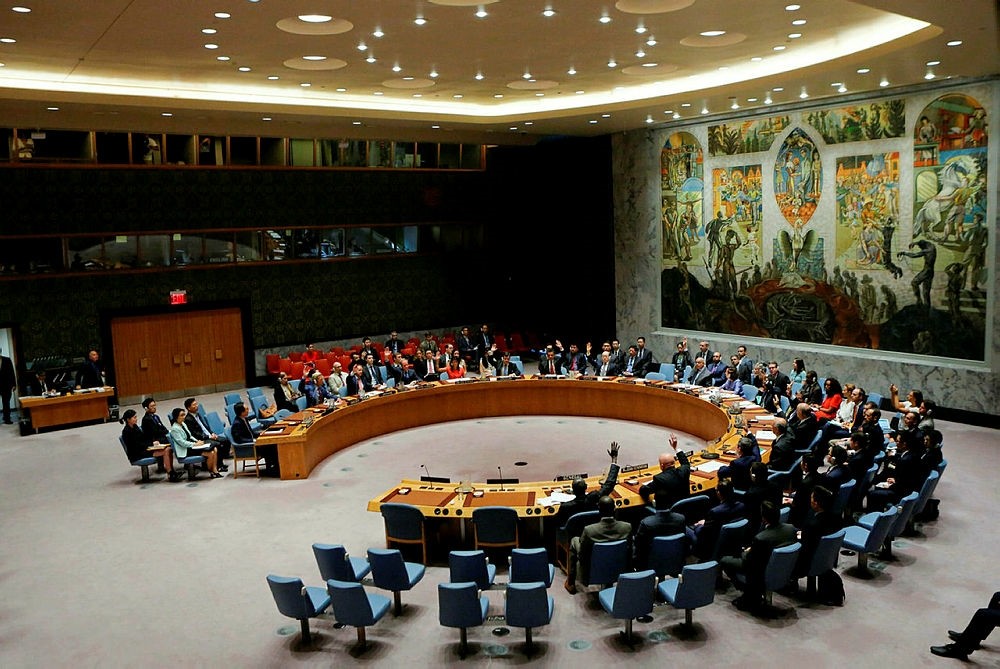 Trump warned Russia on Wednesday of imminent military action in Syria over a suspected deadly poison gas attack, declaring that missiles "will be coming" and lambasting Moscow for standing by Syrian President Bashar al-Assad. Dozens of people died and hundreds were injured in the attack, according to the World Health Organization (WHO).

The 15-member council failed on Tuesday to approve three draft resolutions on chemical weapons attacks in Syria. Russia vetoed a U.S. text, while two Russian-drafted resolutions failed to get a minimum nine votes to pass.

"Whatever happens next has to abide by international law," Swedish U.N. Ambassador Olof Skoog told reporters on Wednesday, referring to U.S. plans for military action.

Some diplomats said there were several arguments to justify bombing Syria over the suspected chemical weapons attack.

Meanwhile, Russia said late Thursday its military police have begun operating in the Syrian city of Douma, following the pullout of anti-government fighters.

Maj.-Gen. Yuri Yevtushenko said Thursday that the MPs are deployed "to prevent provocations, guarantee security, for the support of law and order and organize aid for the local population."

Yevtushenko heads the Russian center for reconciliation of the warring parties in Syria.

Russia's Defense Ministry said earlier Thursday that Douma was under the control of Syrian forces and that some 1,500 opposition fighters had left the city.