US policy is to 'unleash terror' in Syria: Russia UN envoy 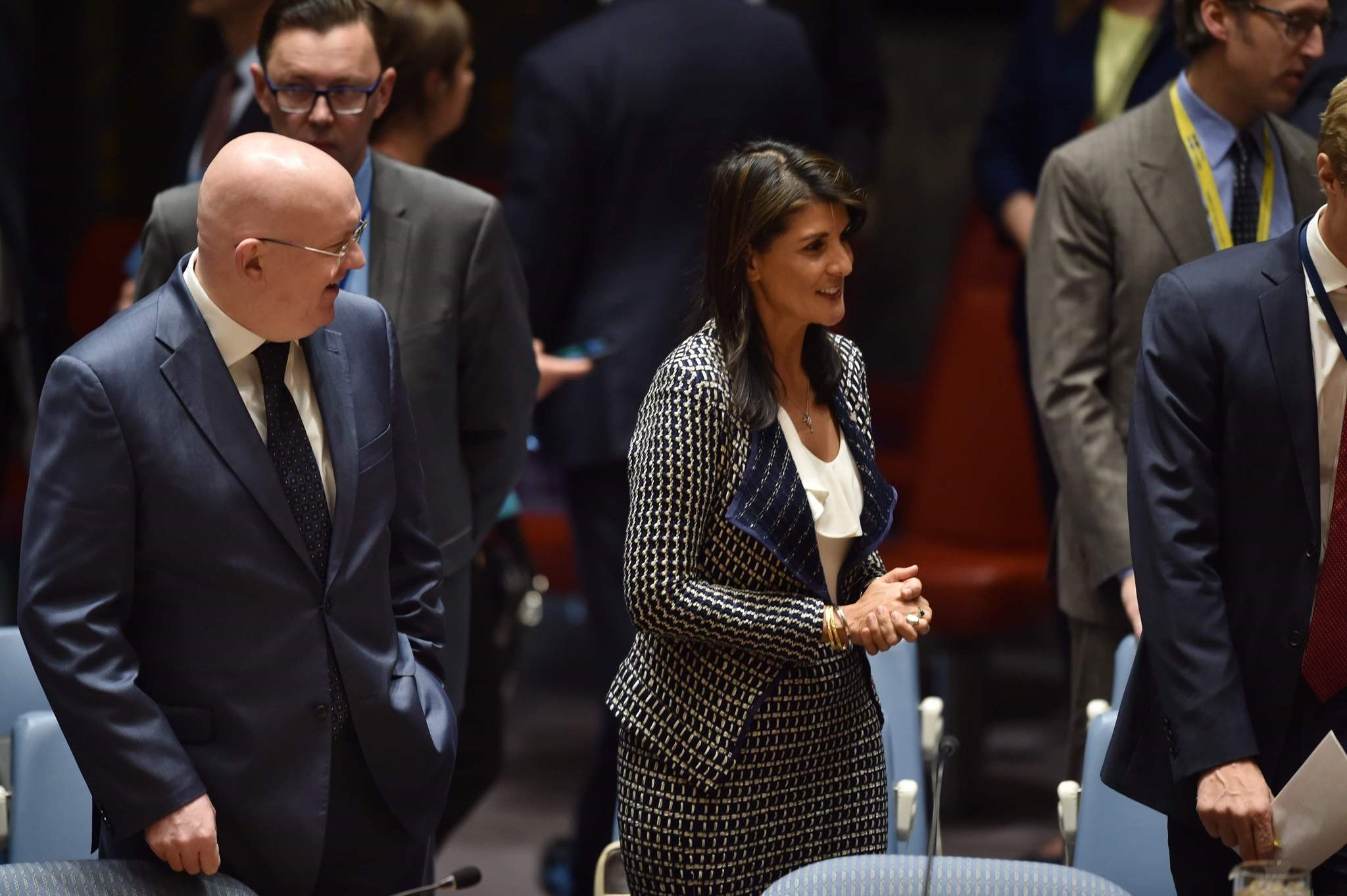 Russia's U.N. ambassador accused the U.S. of adopting a "categorical policy to unleash terror in Syria," in an emergency U.N. Security Council meeting.

"Washington has adopted a categorical policy to unleash a military scenario against Syria. This cannot be tolerated," Vasilly Nebenzia said.

"The threat of force flies in the face of the U.N. charter. And this is what we have seen in the rhetoric by Washington and its allies," he said.

"It appears Washington has adopted a categorical policy to unleash terror in Syria," he added.

He told U.N. Security Council that the U.S., France, Britain are only interested in ousting the Assad regime and containing Russia.

Meanwhile, U.S. Ambassador to the United Nations Nikki Haley there should be no rush to launch military action on the Assad regime, but that "at one point you have to do something."

"You don't rush decisions like this," Haley told reporters, adding that if there is haste "you make a mistake."

President Donald Trump is analyzing all the information and taking measures to avoid any unwanted repercussions, she said.

Haley said that Washington estimates that Assad's forces have used chemical weapons at least 50 times during the seven-year-long conflict.

"All nations and all people will be harmed if we allow Assad to normalize the use of chemical weapons," Haley said.

Separate analysis by the United States, France and Britain have concluded that a chemical attack took place on Saturday in the rebel-held town of Douma, said Haley.

The United States is consulting with Britain and France about a joint military response to the attack in Douma that medics and rescuers said left at least 40 people dead on Saturday.

U.N. Chief Antonio Guterres said Friday the first team of international chemical weapons investigators have arrived in Syria and the second team is due to arrive Friday or Saturday.